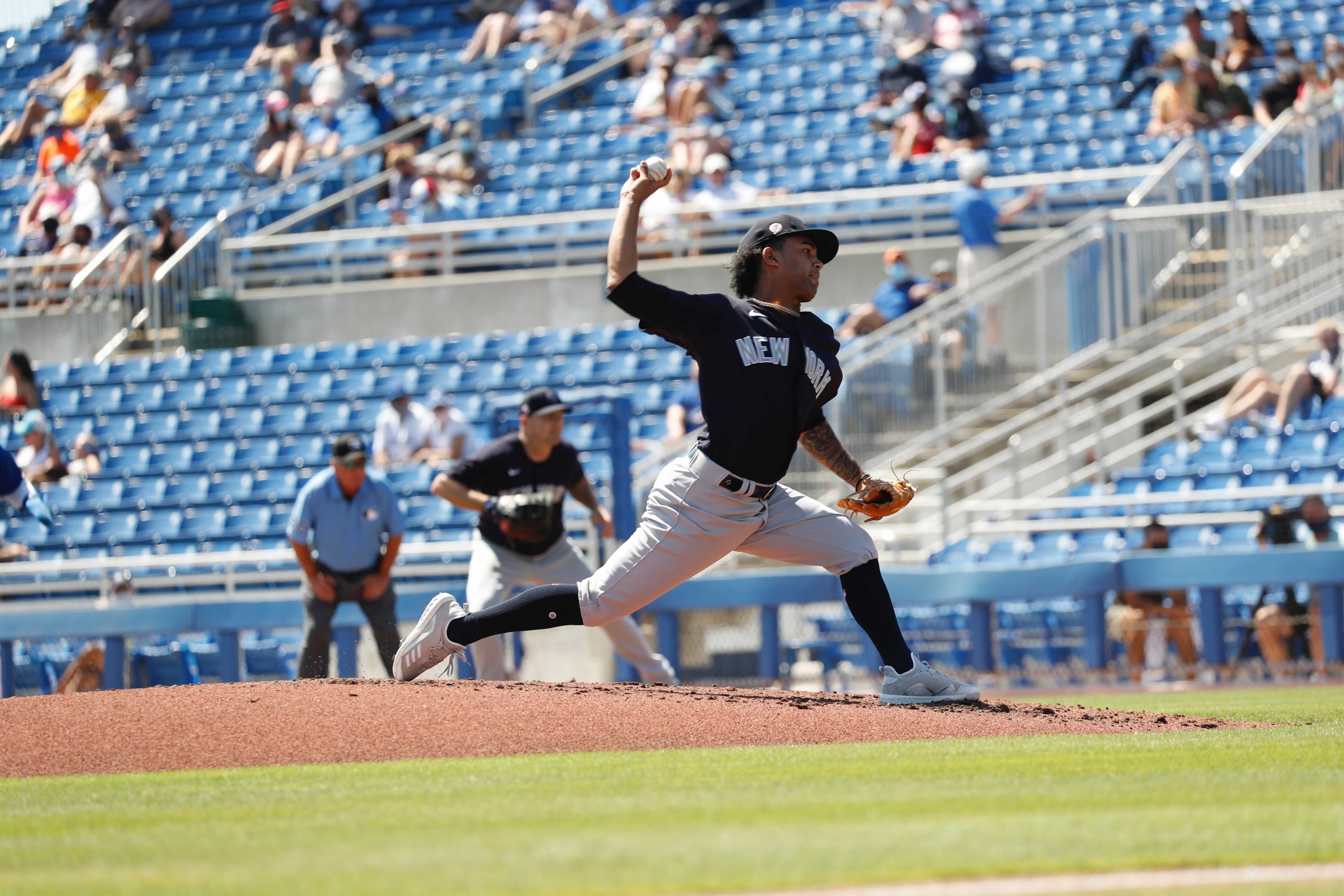 Outside of The Michael Kay Show taking over the YES Network broadcast for three innings on Wednesday, there weren’t many highlights in the game as the New York Yankees lost to the Toronto Blue Jays, 5-0. Toronto used three home runs as the bulk of their offense with two of those homers being hit against Deivi Garcia.

Meanwhile, the Yankees offense is not exactly heading into the regular season on the best of notes. They have scored one run or fewer in four of the last six games.  Luckily, for them, the games don’t exactly count for another week.

Fortunaterly, the Yankees did get some good news on left-hander Justin Wilson’s health during the game. After leaving Monday night’s game due to shoulder tightness, nothing was found on the MRI, so the Yankees may have dodged an injury bullet. Here’s the latest from the Yankees:

Update on Justin Wilson: Upon review of MRI taken yesterday as well as comparing it to a pre-signing MRI there was nothing actionable from those images. Wilson will be treated for his symptom of tightness of his left shoulder & has been given an oral anti-inflammatory medication.

Aaron Boone said that the #Yankees feel like they got “pretty good news” about Justin Wilson, but they’re unsure if Wilson will be ready for Opening Day.

Before the Yankees head to Clearwater for a Thursday night game against the Phillies (6:05 p.m ET) and Mike King takes the mound for New York, here are some takeaways from Wednesday’s game:

In his six starts last season, Deivi Garcia allowed six home runs and did not allow more than two in any particular outing. Well, he matched that career-long Wednesday (stats won’t count) as he struggled with the long ball against a strong Toronto lineup that did not have George Springer or Cavan Biggio in it.

Garcia went three innings, allowed four runs on seven hits, struck out two, and walked two on 67 pitches (37 strikes). One of those home runs, a two-run home run by Teoscar Hernandez in the top of the third looked like a popup and the ball just kept carrying over the wall in center field.

The other home run came on an 0-2 fastball that was left up in the zone that Bo Bichette hit over the wall in right, one of his two home runs on the afternoon.

Garcia’s fastball only hit 95 miles-per-hour one time during the game, so that caused some concern as the season gets closer. However, Aaron Boone did not seem too concerned after the game:

It doesn’t look like Garcia will win the 5th starter spot with the way Domingo German has pitched this spring. However, with the need for arms as the season goes from 60 to 162 games, Garcia will play a key role in the Yankees rotation at some point during the year.

Sanchez and Gardner carry bottom of the lineup

The Yankees managed only six hits (one extra-base hit) and they were 0-for-7 with runners in scoring position. With that being said, it wasn’t all doom and gloom for the offense. Gary Sanchez and Brett Gardner each went 2-for-3 on the afternoon.

Sanchez hit the first pitch to right against Trent Thornton in the bottom of the second for a single. Three innings later against Simeon Woods Richardson, Sanchez worked the count to 2-2 before hitting a changeup to left for another base hit.

After an early home run surge from Sanchez this plate, he is 8-for-37 (.216) at the plate this spring. The Yankees’ catcher can be a streaky hitter, but it is all about finding those streaks at the right time. So, maybe it is a good thing that Sanchez is getting these hits now.

As for Gardner, he had the lone extra-base hit when he hit a double to right against A.J. Cole in the bottom of the seventh. Two innings before, he hit a 2-2 fastball against Woods Richardson to left for another base hit.

For Gardner, it was his second multi-hit day of the spring (March 10 against Pittsburgh). That was also the only other game he has an extra-base hit. The veteran outfielder is hitting .320 (8-for-25) with six RBIs on the spring. Gardner has been playing once every two or three days recently, so it is good practice for him as he will have somewhat of a similar role in the regular season.

With Justin Wilson’s status for Opening Day up in the air, the Yankees are in need of adding a left-hander into the mix for the bullpen. With the way Lucas Luetge has pitched this spring, he might have pitched his way onto the Opening Day roster next week.

Luetge was on the mound Wednesday and came in for Luis Cessa in the sixth. Although he walked the leadoff batter (Jonathan Davis), the lefty was able to pick him off and faced the minimum of three batters in the inning:

In the seventh inning, Luetge got the next two hitters out, including getting Randal Grichuk to strike out swinging at a curveball before Addison Russ came in to finish the inning. Luetge struck out a batter and walked one on 22 pitches (13 strikes) and he is now up to 16 strikeouts this spring with a 1.93 ERA. If anything, he has made a compelling case in terms of being hard to keep him off the roster.

I am an alum of St. John's University, where I majored in sports management.