Aroldis Chapman is Struggling, But Not Due to a Dearth of Sticky Stuff 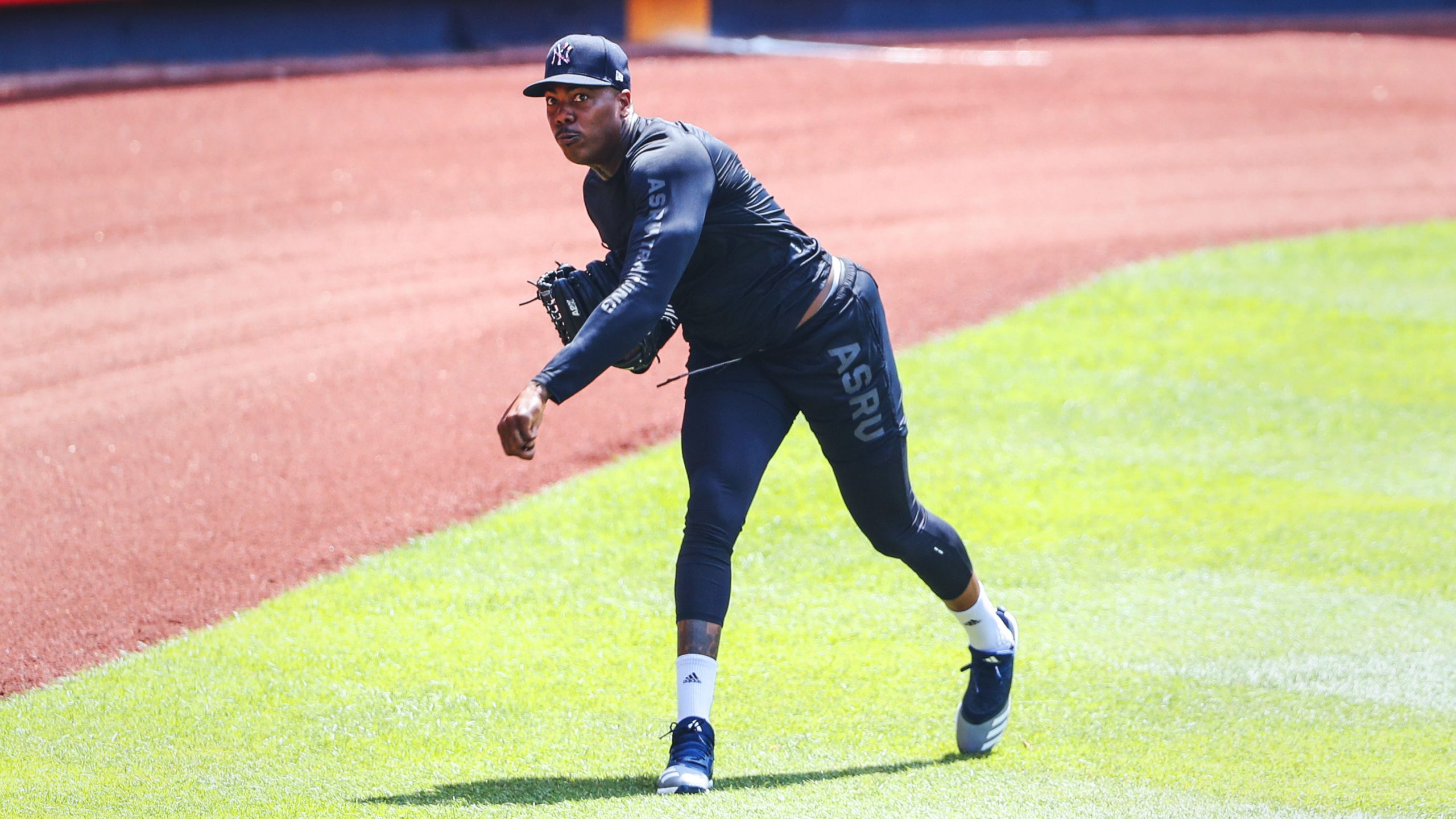 It’s been a tale of two seasons for Aroldis Chapman. From April 1st to May 20th, he hadn’t given up an earned run. Opponents over that stretch slashed .089/.188/.143 whilst striking out 36 times over 18 innings pitched.

But in a May 21st outing against the Chicago White Sox at Yankee Stadium, we could start to see cracks in Chapman’s armor. Chapman issued a leadoff walk to Yermin Mercedes then allowed Leurys Garcia to reach on an error on a bunt. Chapman was faced with runners on first and second with nobody out. In the most timely fashion possible, Chapman got Andrew Vaughn to ground a ball sharply to Gio Urshela, who then turned a triple play to bail out the Yankees closer.

The very next day, though, Chapman allowed his first earned run of the season. Fittingly, it was a game tying solo home run off the bat of Andrew Vaughn in the ninth inning. Had Chapman not been bailed out on a triple play the night prior, perhaps the Chapman implosion narrative wouldn’t have taken so long to take off. But that fateful triple play was just a cover up for the beginning of Chapman’s woes.

The most correlation equals causation argument for Chapman’s struggles might have to do with a broken fingernail that he suffered in Mid-May. It was first made public around May 11th, but Chapman followed up that news with three more dominant saves. Is it possible it got exacerbated? Definitely. Especially considering we heard more murmurs of his broken fingernail around June 20th, well after that White Sox Series.

Where’d the Splitter Go, and What Can It’s Disappearance Show?

Perhaps in part to the finger issue, Chapman has completely stopped throwing his split-finger. He’s has thrown the split-finger 12 times this season. 10 of those 12 pitches resulted in a strikeout. The other two ended up as a single and line out. In his last four outings, though, he hasn’t thrown the pitch once.

The last time Chapman threw the Splitter was on June 19th. It was a nasty 1-2 pitch to Elvis Andrus, seen here courtesy of StatCast. While the pitch is nasty, that isn’t what I noticed immediately. What caught my eye was Chapman looking directly to his hand after throwing the pitch. Interestingly enough, no more than a day later, Chapman let reporters know that he had been dealing with a fingernail issue on his middle finger. That day was also the day where Chapman got bailed out by a second triple play. More would have likely been made of that fingernail issue had that triple play not saved him.

At the time, Chapman said the broken fingernail hindered his release on his fastball. But I tend to wonder how it also affects his Splitter. As we know, Chapman’s Splitter is a brand new pitch for him. Injured or not, he’s never really had any idea where it’s going. But now with a fingernail issue on his middle finger, which is quite literally one of the split fingers, perhaps Chapman does not feel confident throwing the pitch.

Lack of Confidence on Display

A good example of Chapman’s lack of confidence in the splitter was in his most recent outing against the Mets on Independence Day. Pete Alonso led off the top of the last inning, immediately going down 1-2 in the count. On 1-2, Chapman dealt Alonso a Slider that caught too much of the lower half of the plate, and Alonso hit it out to tie the game. In any similar scenario earlier in the season, this would be a no-doubt split-finger spot. We saw it over and over in April and May especially.

Why didn’t he throw the Splitter? Well, I’ll venture to guess that his confidence in throwing the pitch is hindered by whatever ailment he is dealing with on his hand. Whatever the issue really is, it’s affecting his command and thus his confidence. Look no further than Chapman plunking Michael Conforto with an 0-2 Fastball in the next at-bat. Is it possible that his command issues are due to the lack of sticky stuff? Sure. But there is not a ton of evidence, in terms of his raw stuff, that would lead me to believe that, RPM included.

There’s certainly more evidence that Chapman’s woes stem from mechanical issues, as we’ve seen his release point change as the season has progressed.

It’s also possible that Chapman is just fatigued. Coming off a shortened season in 2020 where he missed time with Covid, perhaps the workhorse that Chapman was in April and May is catching up to him in June and into July.

The best thing the Yankees can do for Chapman is, maybe, let him fully recover (both mentally and physically) from the last six weeks. A trip to the IL might not be the worst thing. The Yankees still have plenty of reliable arms in the bullpen, and even when fully ready Chapman should not just be pitching in save situations.

That’s where the Chapman meltdown might just be a blessing in disguise. Chapman has never viewed himself as a “high leverage” pitcher. He’s just been the closer, and that’s what he likes. With these struggles, though, he might have no choice but to pitch his way out of it while in a new role. One that probably helps the team more in the long run.