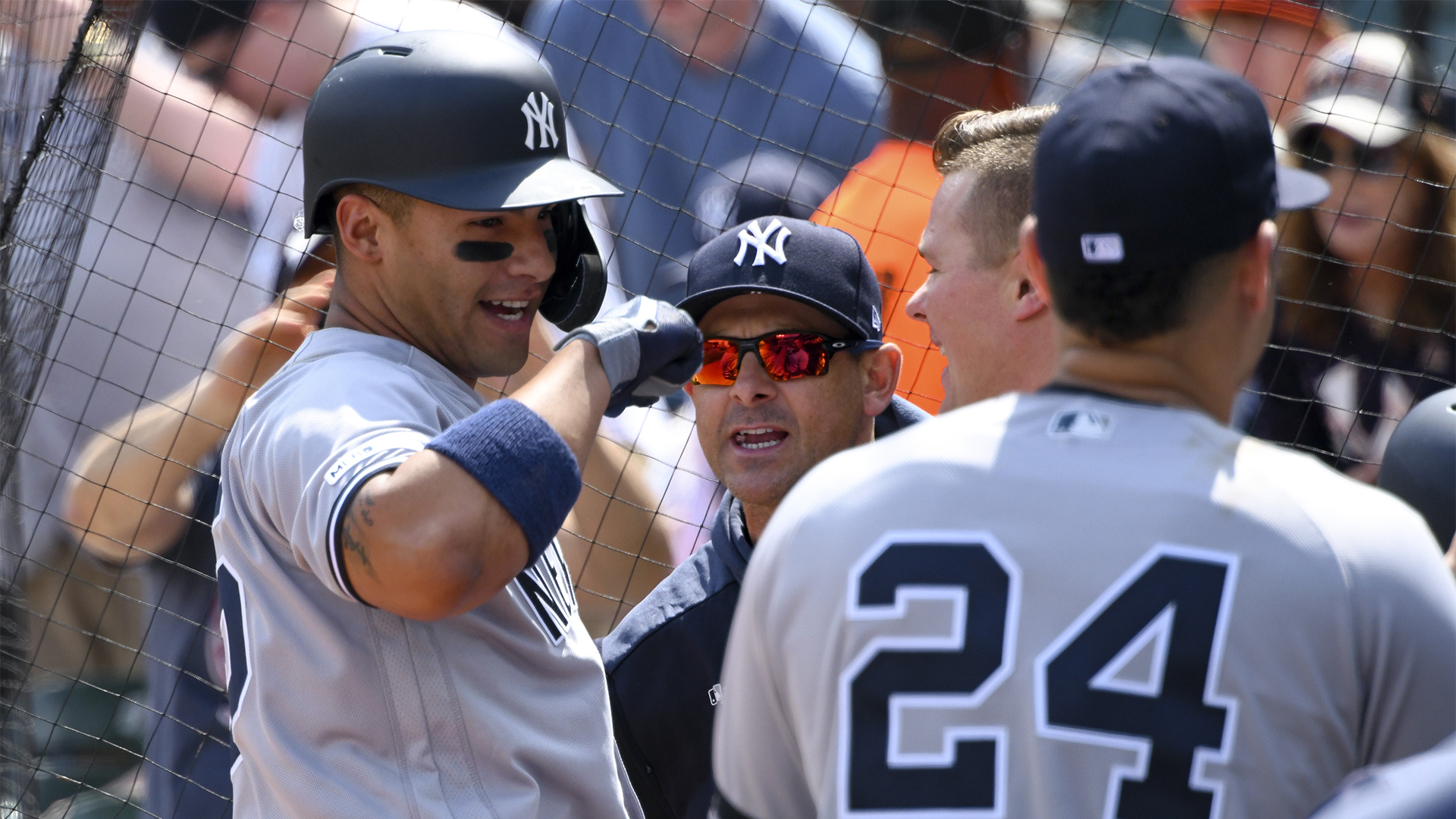 When Gleyber Torres joined the Yankees in 2018, he was an instant fan favorite. He slashed .271/.340/.480 with 24 home runs and 77 RBI. He also posted a 121 wRC+ and .349 wOBA. When asked if Gleyber Torres would be involved in any trade discussions that season, Brian Cashman scoffed, adding “I have to walk around this city!”

That’s how much Yankees fans loved Gleyber Torres. And it’s not like Torres didn’t follow up his Runner-Up Rookie of the Year Campaign with another solid season. In 2019, he slashed .278/.337/.535. But he also had a power surge, perhaps thanks to the juiced balls, hitting 38 home runs while posting a .360 wOBA and a 124 wRC+. I can’t lie, I even forgot that Gleyber Torres almost hit 40 home runs in 2019. Torres did, however, hit a lot of those home runs against the hapless Baltimore Orioles.

Where Has Torres’ Power Gone?

If you were to look at Gleyber’s performance year over year only looking at his xwOBA, his performance actually becomes less surprising. Here is a chart with his xwOBA and wOBA every year since 2018.

Despite great results in 2018 and 2019 followed by poor results in 2020 and 2021, his expected numbers have not changed that much. The fact that he hit 38 home runs in 2019 and only three in 2020, and still had practically the same xwOBA, says a lot about how overrated Gleyber Torres might have been as a hitter when he burst onto the scene.

And can we really be surprised that Gleyber was getting lucky in those first two seasons? He’s never been above the 50th percentile in Hard Hit rate in MLB. What Gleyber did do well in 2018 and 2019 (comparatively to 2020 and 2021) is barrel the ball.

Here’s where he stood by percentile in Barrel% by season

At first glance, these numbers would lead me to believe that something is amiss mechanically with Torres. His ground ball % is way up, his fly ball % is down, and he is making the most weak contact of his career.

But he’s still seeing the ball well and making good swing decisions. Here are his K% and BB% by season.

Some Trouble With Off Speed and Breaking Pitches

Looking at his launch angle and exit velocity, most notably on off speed and breaking pitches, provides some context to his struggles.

When it comes to fastballs, not much has changed. With breaking balls and off speed pitches, though, Torres is hitting them on the ground and softer. A bad combination to say the least. We’ve been seeing a lot of the following this season:

What we are used to, is something like this swing.

Gleyber Torres has an elite “B” swing. But we haven’t seen it on full display this season. Here’s a good example from 2018.

What it seems, to me at least, is that Torres is misfiring in his swing. In that swing above from 2018, he’s staying up the middle without having his hips fire towards third base too much. In the swings from this season, though, we have often times seen him fire his hips towards the third base side in an effort to get his hands to catch up through the zone. It appears to not be making a difference for him in terms of attacking fastballs, but with off speed and breaking balls that type of misfire can lend itself to some soft contact to the left side.

The bottom frame below represents a swing from 2018 on an off speed pitch, while the top represents a swing on an off speed pitch in 2021. On the bottom, he’s through to right field with an ever-so-slight hip rotation towards third. But he’s able to haul that in to end his swing towards right field. On the top, his hips began firing towards third base, and we see him complete his swing with his body going one way and the ball going the other. When Gleyber is at his best, he is able to lead the ball with his body without pulling towards third too much.

It’s not a secret that Gleyber is dealing with some mechanical struggles. Yankees Hitting Coach Marcus Thames even said, ” there have been some mechanical things we’ve been looking at and he’s trying to get that fixed and he’s working hard at it.”

It remains to be seen whether or not Torres can put it all together in 2021. If the Yankees are going to have any sort of success in the second half, he’s going to have to find his swing.

But there’s reason to be optimistic. His swing decisions have only gotten better, as has his approach. He’s in the 83rd percentile in chase rate, and 77th percentile in walk rate. If he is able to tighten the screws on his swing perhaps he can return to form.

It’s also worth noting that he has technically been unlucky this season. His .298 xwOBA is not indicative of his .321 xwOBA. Also, he has a .277 wOBA against fastballs in 2021 but a .330 xwOBA. That’s not too surprising, given that his launch and exit velocities on the pitch have remained consistent compared to prior seasons. What that likely means is that there have been too many instances where the perfect launch angle and exit velocity aren’t happening at the same time. But that can even out over the course of the season, and probably will.

While it’s been a tough first half of the season for Gleyber Torres, expect a rebound in the second half.