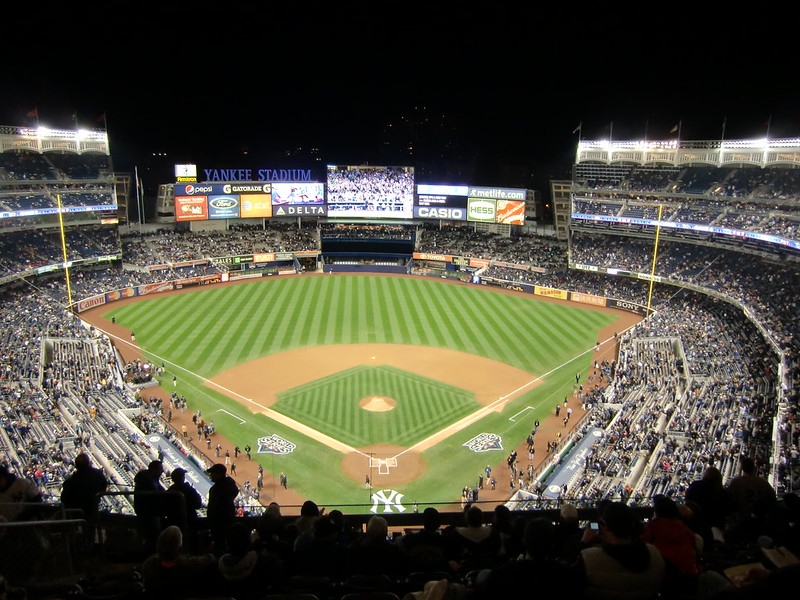 Monday night was unfamiliarly demoralizing. I normally pay very little attention to baseball after the Yankees are eliminated, and certainly have never been too emotional about a matchup between two teams that are not mine, but watching the Red Sox celebrate their relatively easy 3-1 ALDS win struck a raw chord.

Perhaps it was the sense of inevitability that the Red Sox would reach the ALCS in a season they were expected to finish barely above .500. Perhaps it was a feeling of what-if given the Rays were not as unbeatable as public opinion suggested. But the thought of “wow, that looks fun, why can’t my team do that?” that crossed my mind the other night was more triggering than any of the unbelievable-but-totally-believable moments the Yankees shot themselves in the foot this season. I suppose that’s the dictionary definition of the word jealousy, but it runs much deeper than that.

To me, this represented a fundamental shift in my mindset as a Yankees fan. Never in my life have I accepted inferiority, that because the Yankees are so helpless, I need to root against other teams in order to get enjoyment out of my baseball watching. But throughout the ALDS, I found myself actively rooting harder for the Red Sox to lose than I had for the Yankees to win even during the Wild Card Game. This isn’t supposed to happen, and after nearly 26 and a half years on this Earth, my Yankees fandom is in a dangerous place.

17 Years in the Making

Now, you could be telling me something along the lines of “Gee whiz, Toh, overreacting much? Being jealous of your archrival’s success is all part of normal fanhood! What’s so dangerous about that?” Believe me, I hold strong animosity towards the foot coverings from the city of Boston. My formative years were spent watching the peak of the Yankees-Red Sox rivalry.

There were no players I hated more than Pedro Martinez and David Ortiz. I wanted Pedro arrested after throwing Don Zimmer to the ground with reckless abandon (18 years later, I now think that Zim’s actions were absolute lunacy lol). I was at Game 7 of the 2004 ALCS, when Johnny Damon ruined Halloween, Thanksgiving, and Christmas with two swings. My best friend moved away after that school year ended, and I blame the Red Sox for that as well.

But even when the Red Sox started winning more frequently after 2004, the Yankees and my fandom maintained an aura of invincibility. Yes, the Red Sox were winning more championships, but it always felt like the little brother sticking it to his lifelong bully after years of torment. “We’re the Yankees,” I kept on telling myself. “Winning is in our DNA; as long as we focus on making our team better, eventually we’ll bounce back like always.” While the magical 2009 run provided some brief respite, the rest of the AL East had other ideas. Along came the Blue Jays teams of Jose Bautista, Josh Donaldson, and Edwin Encarnacion, and then the organizational juggernaut that is the Tampa Bay Rays arrived at our doorstep.

The gap, as Aaron Boone put it during his Wild Card Game press conference some six years (SIX YEARS!!!) after Bautista’s epic bat flip, was closing (related: welcome to the 21st Century, Aaron). But as competition in the division has increased, I’ve watched the Yankees fade into the background as just another baseball team. More seasons have ended in wild card berths than division titles. The front office has acquired more lottery tickets than proven winners. The minor league system is supposedly one of the best in the game, but other than Aaron Judge, when’s the last time the organization produced a bona fide superstar?

The Yankees Are Becoming the New Red Sox

Over the last two weeks, I’ve listened to prominent Red Sox fans such as Bill Simmons and Mike Schur bloviate about how the Wild Card Game was Boston’s championship, that if they beat the Yankees everything after that would be gravy (speaking of which, an ALCS trip must be some delicious gravy). They reason that although since 2004 the Red Sox have won four rings to the Yankees’ one, the years leading up to that were so traumatizing that no matter what, part of a Red Sox fan’s identity is taking immense pleasure in the Yankees’ misfortune. This irrational loser’s mentality I’ve so desperately tried to avoid has now infiltrated my Yankees fandom.

The constant disappointment coupled with the complacency that’s been talked about ad nauseam, especially this season, is beginning to turn me off. This year, I was emotionally checked out even before the 13-game winning streak. The month of September didn’t even recapture my imagination. I simply knew that no matter what transpired, the Yankees would limp into the Wild Card Game, and thus my rooting interests skewed towards making the path to the World Series as easy as possible, holding false hope that maybe, just maybe, the team could get hot at the right time. Again, this should never happen. The Yankees fan mentality has always been we will beat whomever we play. Nowadays, the only time I’m confident in the team’s ability to win is during games against the Twins.

The act of “wE’rE tHe YaNkEeS” is tired. At this point, the “championships, not a championship” line Brian Cashman so arrogantly and infamously uttered during the 2018 offseason has become the same meme. The last decade of futility by Yankees standards has taken a toll on my relationship with the team. I can no longer expect winning because frankly, it does not seem like this is the sole focus. The leaders have sent a message that it’s ok to accept the unacceptable, and as a fan I’ve come around to the idea that getting accustomed to losing might just become the new normal. And as in any situation in life, that’s a dangerous place to be.