The Year of the Stopgap? What to Make of Report that Yankees Won't Pursue Seager, Correa 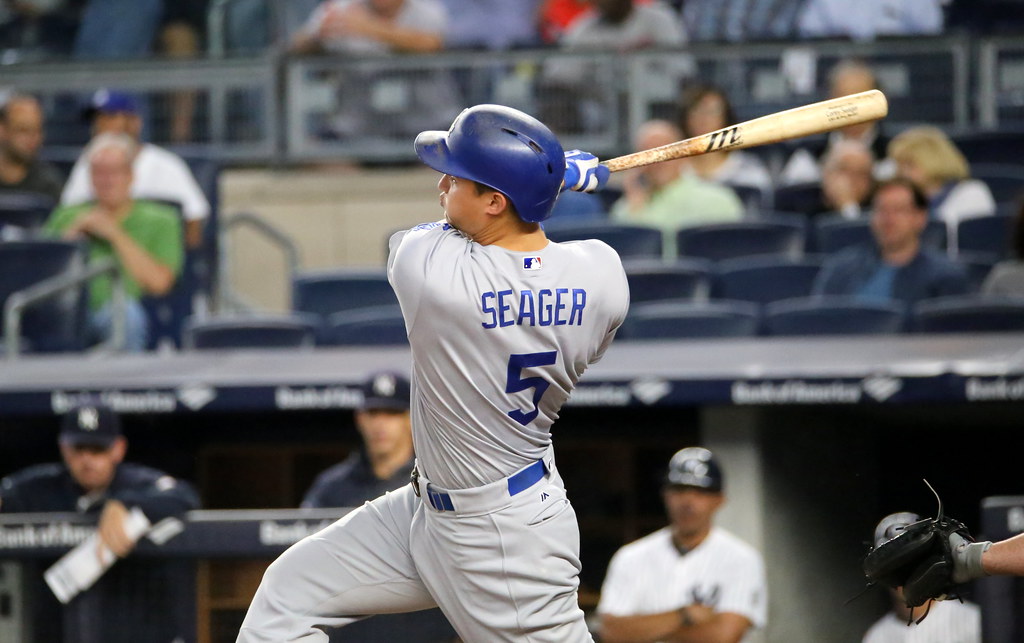 For a week where nothing has materially changed for the New York Yankees, there’s been a whole lot of noise.

Most notably, reports surfaced Wednesday that the Yankees are not looking to spend big on a free-agent shortstop this winter, per Matthew Roberson of the NY Daily News. Now before even diving into the report itself, I’ll question why some Yankees fans seem so sure that this report is bogus.

If there’s been a ‘buzz term’ that Yankees fans have become accustomed to since Hal Steinbrenner began running the show, it’s ‘luxury tax.’  With the exception of Gerrit Cole, who is a top three starting pitcher in MLB, we have not known the modern Yankees to be free spenders. In fact, it’s been the polar opposite. Names like Manny Machado and Bryce Harper didn’t even come within sniffing distance of joining the Yankees, so why are we to believe anything has really changed? Because of a nightmare 2021 campaign?

The Proof is in the Pudding

The Yankees have, from the evidence we have over the course of the past few years, loved to be shrewd. Instead of fervently going after the big name, save Giancarlo Stanton via trade and Gerrit Cole, the Yankees have gone the unconventional route.

Instead of shelling out money in the past, they’ve acquired high upside talent that could not only contribute, but would cost much less. Gio Urshela, for instance, is a perfect example of that. They added him in 2018, and stuck with him at third base over signing Manny Machado. Other names of that ilk include Luke Voit, Clay Holmes, Wandy Peralta, Mike Tauchman etc. The Yankees have proven to be more adept at finding undervalued players and making them valuable, rather than going the route of handing out ten year contracts on a silver platter.

The Gerrit Cole signing was an outlier, but not really. Unlike Correa and Seager, Cole was the surest thing on the market for a team deprived of starting pitching talent. Say what you want about the sticky stuff incidents of 2021 and his meltdown in the Wild Card Game, Gerrit Cole is the best pitcher in the American League. And his position is what makes him ever more valuable, it’s hard to find a talent like that to pitch every five days.

As for the Giancarlo Stanton acquisition, that was another instance where a slam dunk opportunity presented itself. Not only were the Yankees off the heels of a magical 2017 playoff run, but they were able to get the Marlins to pay a portion of his salary. Remember, the Yankees have and will continue to be in the business of saving as much money as possible. It helps that Giancarlo Stanton was the best hitter in baseball to end the 2021 campaign and, at least for now, looks to have figured it out. And he can even play a solid outfield.

Another wrinkle in this #Correa2NYY story is that the Yankees over the past week have been cordial to the star free agent.

“(Correa) is obviously a great talent,” Steinbrenner said. “Hopefully, most people have moved on from that. I think it’s certainly healthy to move on from things like that, instead of stewing on it year after year. People have the opinion that they want to have about that particular player. But in general, we are going to look at every single option. It’s the same thing we do every year. That’s what we do in our pro scouting meetings. So if Cash brings something to me, I’m going to seriously consider it and I’m going to talk to people about it.”

To some, this may read as Hal Steinbrenner trying to make people forget about the 2017 Houston Astros because he’s bringing the best talent on the market to the Bronx. But this is just another classic Hal statement. What do you want him to say? That the Yankees aren’t even considering adding Correa because of his past? Hal does, despite some pitfalls, have a tendency to be respectful and say the right things. He was asked a question, and answered it in the best way possible. But it doesn’t mean the Yankees are adding Correa. Hal isn’t going to bad mouth a free agent that, you would think, the Yankees will at least make an offer for.

On the flip side of the Carlos Correa saga, you have the quiet and reserved Corey Seager. Who, while not as much as a vocal presence, is arguably a better fit for the Yankees from a pure roster standpoint. He’s a left-handed hitter that can play a good shortstop. It does, as  Ken Rosenthal stated, make almost too much sense for the Yankees to sign him. He would also, from all projections, be about $30 million cheaper than Correa. But is it really worth it? I’m not so sure.

The Seager talks have been awfully quiet alongside Correa, and to me that’s a sign. The Yankees are only answering questions about Correa and ‘forgiving’ him publicly because, well, the media is asking about him. As you’ll see below, the praises being sung by Yankees brass on Anthony Volpe and Oswald Peraza are more telling to me than anything.

So let’s get to this New York Daily News article by Matthew Roberson. On behalf of all Yankees fans, Matthew, I am sorry. I actually tend to agree with this sentiment. It wouldn’t surprise me in the least if the Yankees passed on Seager and Correa. After all, Correa will likely demand more than the $341 million that Francisco Lindor got. And how has that worked out for the Mets so far?

SOURCES: the yankees are not planning to spend big money on a free agent shortstop this winter

If there’s one thing the Yankees have become really good at, it’s developing young talent. You could see that just this season. They turned Hoy Park and Mike Tauchman into Clay Holmes and Wandy Peralta. I’d be shocked if Hoy Park was a Major League player two seasons from now, and Tauchman was DFA’d by the Giants mid season.

But apart from turning otherwise non-talents into trade pieces, the Yankees did wonders with improving their farm system this season through pure development. Prior to the 2021 season, FanGraphs had the Yankees’ farm system somewhere in the 20s. By season’s end, it was 7th overall. That is an unbelievable jump.

And while the noise surrounding Correa has been loud, it’s not like the Yankees haven’t sung the praises of Oswald Peraza and especially Anthony Volpe.

“We have two future, longtime impact big-league players,” Boone said of Volpe and Peraza earlier this week. “We’re obviously very excited about those players and believe that they are real. That certainly always factors into any decision that the organization makes on trades or free agent acquisitions.”

And just eight days ago, Brian Cashman said this about Volpe, “He just dominated from start to finish at multiple levels and it was just refreshing,” Cashman said. “It’s nice to see because you always have the other side of it play out most of the time. Players either take a long time to develop or they don’t develop like you thought and maybe they weren’t what you thought they could be. It’s nice to see his performance, his tool package, his makeup, his work ethic, his character, all coming to fruition. He definitely looks like the real deal so we’re excited about that, for our fans and for our organization.”

This is a glowing review of Anthony Volpe’s progress, and he isn’t wrong. Just ask my fellow colleagues at Pinstriped Prospects who covered Volpe all season. He is special. Cashman added more on Volpe saying, “He just kind of lived up to the billing to be quite honest.” And on Correa, Cashman gave a very Hal-like response, “He’s a free agent and my job is to assess him, as well as the others that are available, and act accordingly.”

So with the news that the Yankees will look elsewhere from Correa or Seager for help this off-season, I present you with this. It’s a good thing. And it ought to be believed, as I think the Yankees view Peraza and Volpe as their future in the infield. This off-season, the Yankees have the opportunity to improve their outfield and starting pitching.

The Yankees are likely to make an acquisition for a starting pitcher. Perhaps they’ll add Chris Bassit alongside Matt Olson. As for the outfield, the Yankees are looking at Aaron Hicks as their everyday center fielder. But if they forego Seager and Correa, it opens the door to make a deal with Starling Marte. They could even find a way to make a deal with the Minnesota Twins for Byron Buxton. Or what about Ketel Marte? I’m just spit balling here, but I like the idea of the Yankees not being handcuffed by another mega-deal.

The moral of the story is this. If the Yankees do not add Correa or Seager, it leaves open plenty of possibilities. I still think a deal for Matt Olson is a legitimate possibility. And knowing the Yankees, there’s probably some names they are targeting that we haven’t even thought of.

At shortstop, don’t be surprised if Andrelton Simmons is manning the position until Volpe or Peraza are ready. One of them will play at the Major League Level at some point this season, if I were to guess. As long as the Yankees improve around the shortstop position, their long-term vision stays clear. Build up everywhere else, and wait for your young studs to become stalwarts. Volpe is a potentially special talent, there’s no use in wasting that on spending big on a shortstop. And oh yeah, the Yankees are going to have to pay Aaron Judge too.