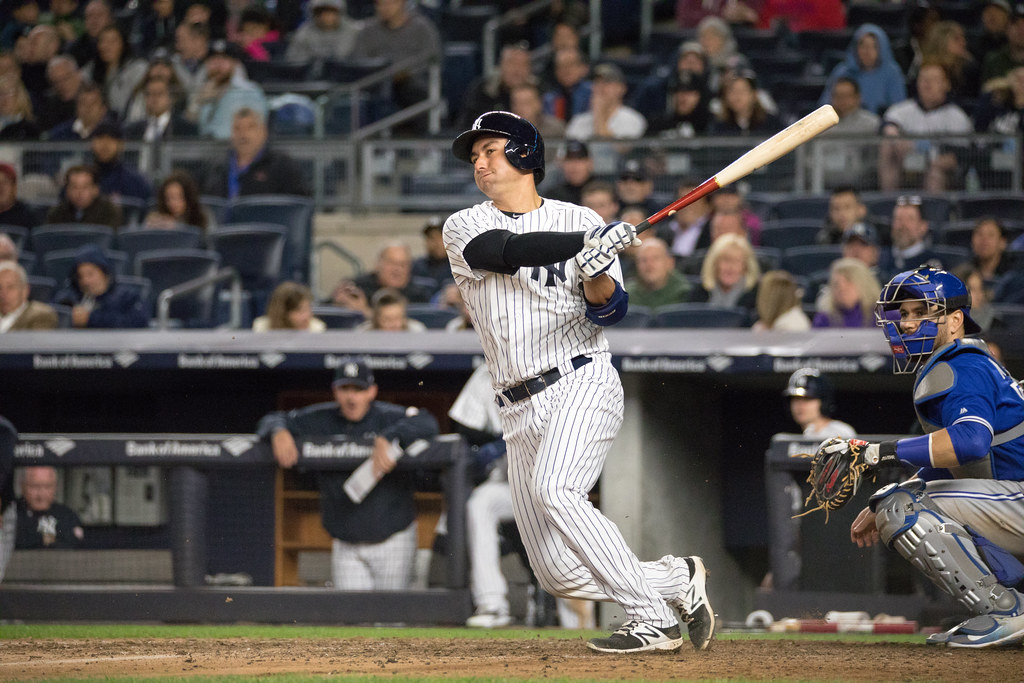 If you know me, or have for whatever reason read my articles throughout the years, you know that I am a day one Gary Sanchez apologist. Through all his struggles, I’ve been right by his side. Now, that’s not going to change heading into the 2022 season, but I’d be lying if I said Kyle Higashioka doesn’t deserve a serious look as the starting catcher.

Higashioka will turn 32 in April, and is coming off his best season as a Major Leaguer. Well, best season by some standards.

Among catchers with at least 200 plate appearances in 2021, Higashioka had the 15th most strikeouts, ranked 25th in SLG and was outside of the top 30 in batting average, OBP and wRC+. While these rankings aren’t pretty, his underlying metrics tell a clearer story.

Peeling Back the Curtain

There are so many examples of these types of flyouts from Higashioka, and they are all good indicators.

While Higashioka’s greatest strength has always been his defense, his improvement at the plate (despite poor results), has nudged me towards the idea that he should be the Yankees’ Opening Day starting catcher. And no, not just because Gerrit Cole will be on the mound.

But while we’re on defense, let’s marvel at Higashioka’s performance behind the dish in 2021. While it may seem diva-ish that Gerrit Cole likes to have Higashioka as his personal catcher, you can’t blame him when looking at the numbers.

Among catchers with a minimum of 100 innings behind the plate in 2021, Higashioka ranked 11th in pitch framing, good for 84th percentile. Gary Sanchez, on the other hand, was in the 17th percentile.

All of this is not to say Gary Sanchez is by any means a bad player. He might be a bad defensive catcher, but there’s still plenty of hope for him as a hitter. Sanchez posted a .336 xwOBA in 2021 and continues to get criminally unlucky despite hitting the ball hard. He also improved his plate discipline by a significant margin, posting a 11.8% BB%, up from 10.1% in 2020 and 9% in 2019.

But in many ways, the writing is on the wall. Higashioka is a far superior defensive catcher to Gary Sanchez, and is in many ways catching up to him offensively. I don’t think the Yankees will come out of the gate in 2022 with Higashioka as the everyday starting catcher, but don’t be surprised if that changes come mid-season.