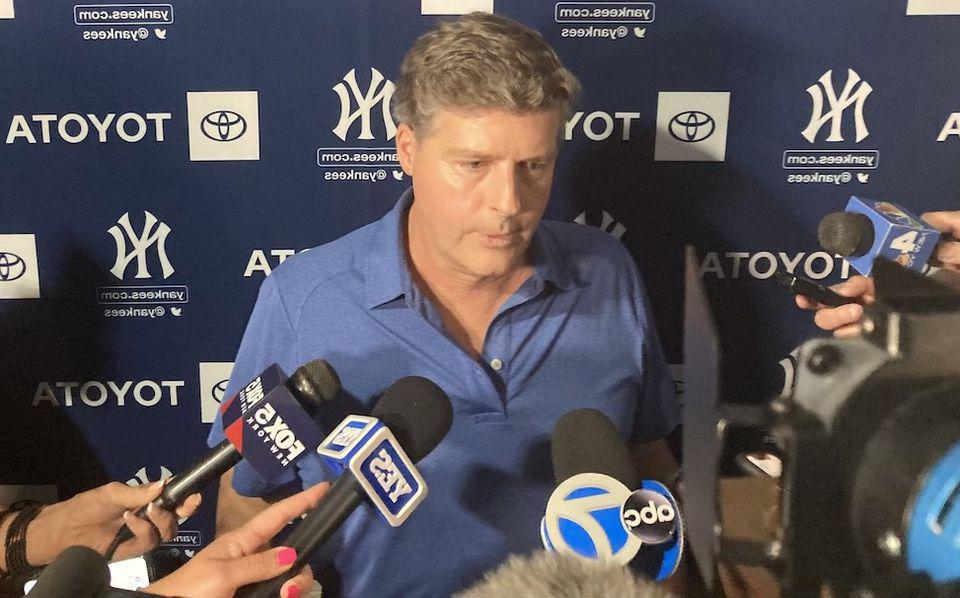 “We can talk about our revenues but you got to pay attention to the expenses too and we’ve got some significant ones. It was a tough two years.”

After 99 days of MLB owners crying poor, this was an all-too-familiar refrain. Hal Steinbrenner did little yesterday to assuage Yankees fans’ concerns that the organization’s philosophy is to minimize expenses at the cost of maximizing winning. That the front office chose not to spend in free agency like the Steve Cohen-era Mets or the Dodgers only reinforces this theory.

Look, I’m well aware that I have no right to judge the finances of the team as I don’t have access to the books. This will not be another regurgitation of the classic “hAl Is ChEaP” take you’ll find in every corner of Yankees Twitter because Hal Steinbrenner is not a Wilpon. The fact is, the Yankees are a good baseball team with the third-highest payroll in the league that should be playing meaningful games all throughout the summer. Splurging on a Freddie Freeman or a Carlos Correa would have been much more a luxury than a necessity. Therefore, yesterday’s media availability in Tampa could have served to dispel the negative energy and excite the fanbase about the current squad, but Hal did himself no favors.

Steinbrenner said larger market clubs got hit hardest during pandemic b/c of fewer to no fans. "We can talk about our revenues but you got to pay attention to the expenses too & we’ve got some significant ones. It was a tough 2 years.” Pointed to yearly $80M stadium bond payments

Right. So instead of praising Josh Donaldson’s insane barrel rate, Isiah Kiner-Falefa’s gold-glove level defense, or Anthony Rizzo’s valuable clubhouse leadership, the head of the organization chose to address a topic the fans couldn’t care less about: bond payments. As if the $80 million or so the Yankees pay annually to the bondholders couldn’t figure out a way to score a few more runs in the playoffs. My size ⅛ violin from second grade is buried somewhere in a closet in my parents’ apartment; perhaps I should bring it out for Yankees ownership.

But what’s a Hal Steinbrenner spring training press conference without talking up yet another group of prospects?

Steinbrenner said he's optimistic about this team’s chances of winning a title. Said Yankees didn’t sign big free-agent 1B or SS b/c they love their SS prospects, the effects of the pandemic & other factors. Said Yankees will have extension talks with Aaron Judge in coming weeks.

Ah yes, the old tried-and-true method of selling the fans on the imminent arrival of the next Core Four. It’s almost like Gary Sanchez wasn’t unceremoniously shipped off to Minnesota only three days earlier.

The buildup to this season feels much like the multivariable calculus exam that you know you’re going to fail no matter how hard you study. Sure, everything might turn out fine and you’re being your normal paranoid self, but the vibes are way off. It’s hard not to read Hal’s comments yesterday and think to yourself, “oh boy, here we go again.” The focus on high expenses, the prospect hugging, and the refusal to let other teams impact the payroll still hasn’t gone away even though it’s been 13 years since the Yankees’ last World Series appearance.

Hal has given us no reason to believe that this isn’t the same team that decided the best course of action to fix the balance issues in the lineup last year was to trade for Rougned Odor because he cost exactly zero dollars towards the CBT. That’s typical Wilpon behavior, except that Hal’s team plays in the Bronx, not Queens.