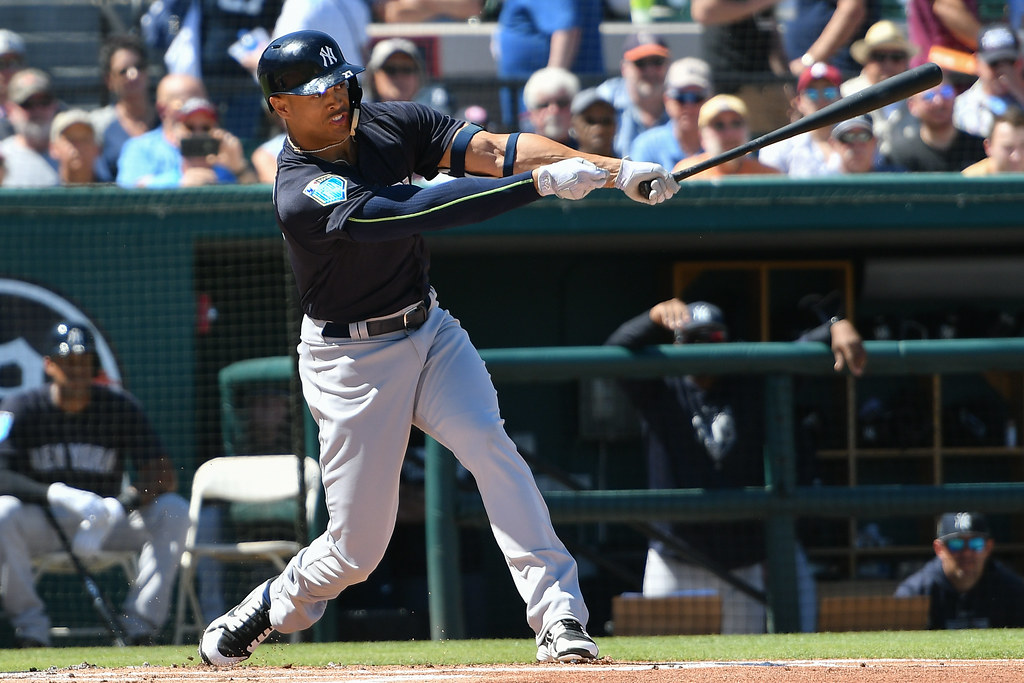 If there’s one thing that all Yankees fans wanted after flaming out against the Boston Red Sox in the 2021 Wild Card Game at Fenway Park, it was a big name free agent to heal the wound. But in unsurprising fashion, those big names came and went, seemingly without much of an effort from the Yankees to acquire them.

The Yankees ‘Miss’ on the Big Names

Corey Seager landed with the Texas Rangers, Freddie Freeman went home to play for the Dodgers, Carlos Correa signed a three-year deal with the Twins and Matt Olson was traded to the Atlanta Braves. If you had told me all of that was going to happen prior to the offseason, I would have probably assumed the Yankees’ offseason was a failure.

But I actually think it’s quite the contrary, as the Yankees added 3B Josh Donaldson and SS Isaiah Kiner-Falefa in a trade with the Minnesota Twins. They let go of Gio Urshela in this deal, who the Yankees got every possible ounce out of in his few years in Pinstripes. He has a chance to bounce back this season, and I think he will, but he’s no Josh Donaldson.

2021 was a tough year for Gio, as he dealt with injuries all season and finished with a wRC+ in the 90s. They also parted with Gary Sanchez, a heartthrob amongst Yankees fans when he burst onto the scene in 2016, who would only flame out in the years following. A headache at times, Sanchez could never quite put it all together both at the plate or behind it. In many ways, Kyle Higashioka might be an upgrade. I wrote about that here.

What the Yankees have going into this season, then, is a much ‘cleaner’ version of the 2021 Yankees. The Yankees opened the 2021 season with Gleyber Torres as their everyday shortstop and Jay Bruce as their everyday first baseman. Not even by season’s end did those two players man those positions. Jay Bruce retired mid-season, and Gleyber Torres errored his way out of the shortstop position.

The Yankees will now have Isaiah Kiner-Falefa manning the shortstop position this season, a huge defensive upgrade over Gleyber Torres. For whatever reason, Outs Above Average has Kiner-Falefa in the 4th percentile amongst shortstops. But a nice hour-long session of watching Kiner-Falefa play defense should ease all qualms about his defensive ability, he was also third amongst shortstops in FanGraphs’ DRS in 2021.

And then there’s Josh Donaldson, who many have immediately pegged as an injury prone 36-year-old hothead who pales in comparison to a Carlos Correa or Corey Seager type. The only part of that which may be absolutely true, is the hothead aspect.

Are we absolutely positive that Josh Donaldson is more injury prone than someone like Carlos Correa? Back on December 4, 2021, Buster Olney said that, regarding Correa, “there are questions about his lower back. He has gotten treatment for it…. Teams are saying they can only access his medical records if they make a “significant offer” and teams are hesitant.”

To me, that’s a huge red flag. What’s an even bigger red flag? The fact that he only signed a three-year contract. Something, at least on the surface, feels off about that. It’s possible the Yankees dodged a major bullet in not signing Correa. Might he stay healthy and continue to be an elite shortstop? Absolutely. But he does not come without major baggage.

And Josh Donaldson is still really good. His Baseball Savant page is redder than a stop light, and he can play an elite third base at or near the same level as Gio Urshela with a superior bat.

And then there’s the fact that the Yankees will have a full season of Joey Gallo and Anthony Rizzo. Rizzo, presumably, is the everyday first baseman and Gallo can play anywhere in the outfield. If they were to spend big on Correa, it’s unlikely that Rizzo would have been brought back. With Rizzo, the Yankees have a lot more flexibility.

They can move Rizzo to the DH some days, putting DJ LeMahieu at first base and Giancarlo Stanton in the outfield. They can also get Aaron Hicks out of the lineup more, putting Judge or Gallo in center (Tim Locastro, anyone?) and free up a DH spot in the lineup for Donaldson while LeMahieu plays third base.

There’s also a lot more injury insurance with this roster. The Yankees will have the ability to fill certain injury holes with better options than Tyler Wade or Andrew Velazquez. In the end, the Yankees appear as a deeper, more versatile version of their 2021 roster.

And then there’s the pitching, headlined by an elite bullpen featuring Jonathan Loaisiga, Clay Holmes, Wandy Peralta, Chad Green, Aroldis Chapman and Michael King that finished 4th in bullpen ERA and 3rd in bullpen WAR in 2021.

The rotation will also be bolstered by full seasons of Luis Severino and Nestor Cortes alongside Jordan Montgomery and Gerrit Cole. The fifth spot in the rotation is a bit of a question mark. But we can expect Luis Gil to play a bigger role on this team this season. It remains to be seen how Jameson Taillon will come back following surgery, but he will have an impact as well. The rotation was 10th in ERA last season, while ranking 6th in WAR.

This is the Best Yankees Team in Years

In many ways, this is a complete baseball team. But there are x-factors. Can we expect a bounceback from DJ LeMahieu? Who seems to have overcome his injuries from last season as he puts up consistently high exit velocities in Spring? Or what about Gleyber Torres? Will the permanent move to every day 2nd baseman get him back to his old ways at the plate? Can Joey Gallo be the on-base machine that all Yankees fans expect him to be?

So there are question marks on this team, but it feels like positive regression is on its way. Many were very high on the Yankees before last season, and I’d argue this 2022 roster is far better. Given the lack of big name signings, it’s understandable that many view this off-season a failure. Come August 1st, 2022 the tone might be a bit different.