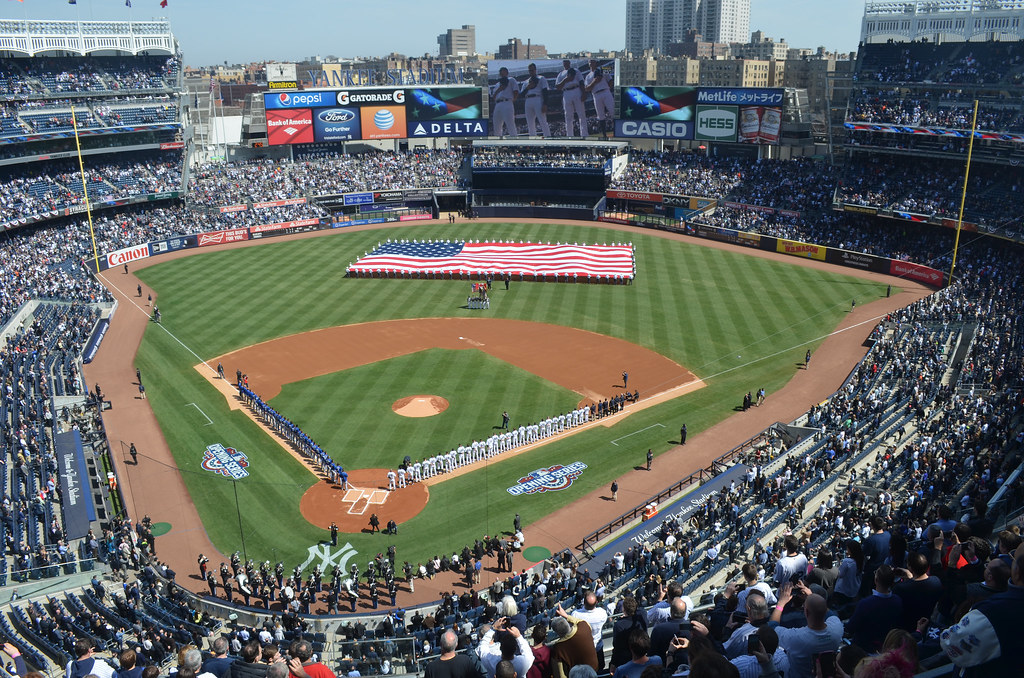 There have been plenty of competing opinions on the Yankees’ off-season, and there’s certainly no shortage in a difference of opinion among the Pinstripe Perspective Staff. Let’s look at where some of us stand heading into this season with our off-season grades.

Make no mistake: the Yankees are going to be competitive this season. With the expanded playoff format, they are very likely, if not a lock, to be playing October baseball. The grade is not a reflection of the team that’s been assembled. Rather, it’s an indictment moves that were made against the alternatives. Cashman and Co. took an offense that was ranked solidly in the bottom half of the American League in 2021 and passed up a series of surefire upgrades in favor of incremental adjustments. Given how short championship windows can be, the fact that the team’s best player is entering his last year of team control, and the regression of the rest of the core that emerged beginning in 2017, this just isn’t a win. The Yankees needed to approach this off-season with more urgency than they did.

If we are looking through the lens of “what could’ve been” this grade is much, much worse. But if we are looking in the lens of “did we get better?” it’s not as bad as Yankees Twitter makes it seem. Josh Donaldson makes the lineup deeper and is still very good. Isaiah Kiner-Falefa brings an element of speed and defense that was sorely lacking on last year’s team. Anthony Rizzo is the best all around first baseman we have had since … Mark Teixeira? Don’t forget last year Jay Bruce started at first on Opening Day. At any given time we will have one former All-Star on the bench. The infield defense is going to be leaps and bounds better than last year. The team is, at the very least, more diverse and fundamentally sound than the one that started 2021. They also still have all their prospect ammo to make in-season upgrades as I don’t think this roster is necessarily a finished product. While it would’ve been nice to add a starting pitcher or two, the team did get better. Now they just have to stay healthy.

If you look at every move in a vacuum, the Yankees actually had a pretty good offseason. There was a clear emphasis on improving the defense up the middle, which Brian Cashman did by acquiring a plus-plus defensive shortstop in Isiah Kiner-Falefa and shoring up the situation behind the plate by replacing Gary Sanchez with the tandem of Kyle Higashioka and Ben Rordtvedt. Josh Donaldson and Anthony Rizzo, pending health and eligibility, are solid, professional hitters who also provide some much-needed veteran leadership in the clubhouse.

It’s easy to forget that last year’s disappointment of a team still won 92 games. That’s really good! The problem is, however, that especially in the AL East, it’s not good enough. But don’t tell to Hal Steinbrenner and Brian Cashman! Starting with the return of Aaron Boone as manager and continuing with the refusal to dole out hundreds of millions of dollars to a strong free-agent class, it seems as if the Yankees are prepared to run it back with most of the same group of core players again.That means relying on Gleyber Torres, Joey Gallo, and Aroldis Chapman to return to their pre-2021 levels of production. That means hoping that the likes of Luis Severino, Jameson Taillon, and Giancarlo Stanton can stay on the field for the whole season. Can all of this happen? Sure! But there’s an equal chance that things go south quickly and Cashman needs to scramble to make some quick fixes at the deadline once again. This, of course, means that the Yankees will back into a Wild Card spot and hope and pray they can make a run. But first, Brett Gardner is still waiting for a phone call…

The Yankees’ 2021-22 off-season was weird. The lockout obviously put things on hold because ownership wanted to know what the financials would be before committing large sums of money. Bringing back Boone certainly was a hot topic for the fan base. I wasn’t excited because his post-game press conferences are annoying. He speaks in platitudes and doesn’t seem to put much thought into his responses. We’ll see what the next few years bring.

As for the player transactions, the trade with the Twins is a weird move that makes me think Brian Cashman got played so Minnesota could clear the cash to sign Carlos Correa. I personally love IKF and Rortvedt, and Josh Donaldson crushes the baseball when he’s healthy – who DOESN’T love dingers? However, he played only 92 games at third base last year. I don’t know how many games he’s going to play there this year or next. Not excited about that move. Moving over to first base, I would’ve loved to see Matt Olson land in the Bronx, but Cashman didn’t want to part with the upper tier of minor league prospects to make that happen. Also, he didn’t really pursue Freddie Freeman, but retaining Anthony Rizzo was pretty cool.

The Yankees’ offseason was highlighted by a creative trade with the Minnesota Twins, showing a willingness to reinvent themselves. They were able to improve defensively and add a middle-of-the-order slugger in Donaldson, but their subsequent inactivity was puzzling. Rizzo is a nice fit for the Yankees, but at $16M AAV with an opt-out I don’t see it as that much of a bargain. In a loaded free agent class, only Corey Seager landed a deal north of $200M, and considering the Yankees had glaring needs, it feels like they missed an opportunity. A costly Judge extension is on the horizon, soon closing the door on the “Baby Bombers” championship window. Passing on Matt Olson will look like another monumental failure if the homegrown talent continues to disappoint. All said, the Yankees are fielding a more talented team than on Opening Day 2021 and will be a top World Series contender in 2022. But you’re the Yankees, and simply competing is not enough, you have to win. Instead of taking that chance to make a big leap, they chose more incremental improvements, and while it should turn out fine, it has a chance to get ugly, quickly.

As far as the Pinstripe Perspective staff goes, I think I’m on an island here. I would have given this off-season an A-, but I understand the frustration with not landing any big names. With that said, this is the deepest, most versatile Yankees team in years. I can’t remember the last time I created imaginary Yankee lineups in my head and said, “Man, how are we gonna fit D.J LeMahieu in the lineup everyday?”

Defensively, it’s the best the Yankees have looked in years. Donaldson is a great defensive third baseman, and Kiner-Falefa is the best defensive shortstop this fan base will experience in legitimate decades. Gleyber Torres and D.J LeMahieu are good at second base, and a full year of Anthony Rizzo and D.J LeMahieu at first base is a nice upgrade over Luke Voit and Jay Bruce. Perhaps the most welcome switch will be Kyle Higashioka over Gary Sanchez behind the plate every day.

I don’t need to talk much about the lineup, it’s good. At the end of the day, so many complaints about the Yankees last season involved them not feeling like a “baseball” team. Literally, many characterized them as a football team. But this year’s roster is better defensively, deep offensively, and has a host of great arms in the rotation, and more so in the bullpen. This is the most bullish I have been of any Yankees team in this 2017-Present window. Let’s see if being an optimist about this team is a fool’s errand.