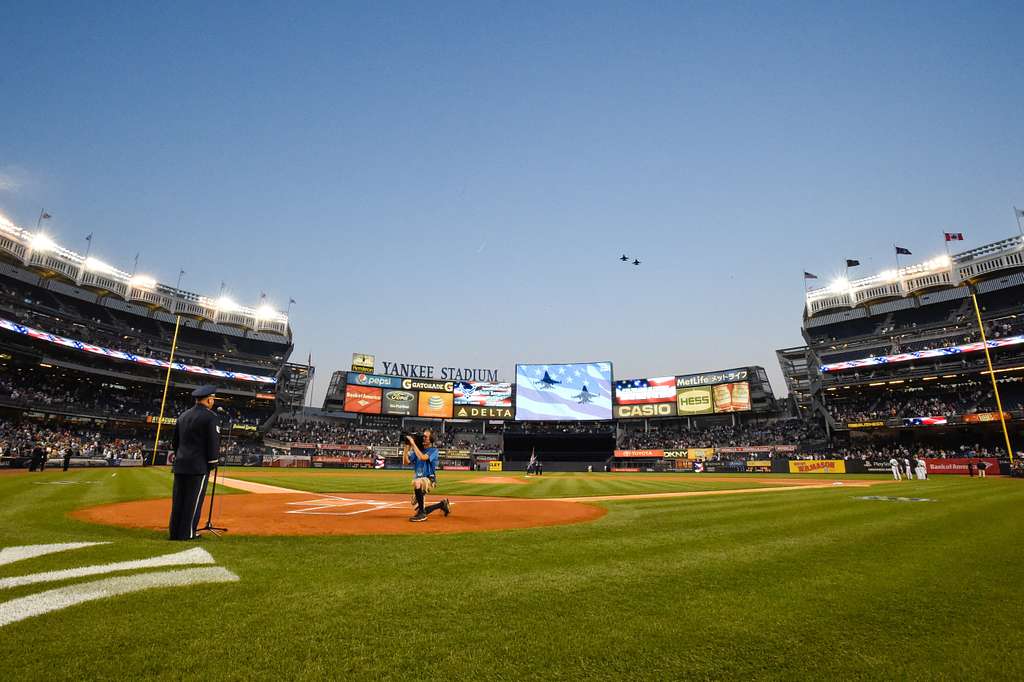 The Yankees kick off the 2022 season the same way they ended the 2021 season, against the rival Boston Red Sox. The three game set in the Bronx starts April 8th and concludes April 10th after rain cancelled the original Opening Day that was scheduled for Thursday. Let’s take a look at how the Red Sox stack up.

As if they need any introduction. The Red Sox are led by manager Alex Cora who is in his fourth season total at the helm in Boston, with a suspension gap year in between his first and second stints. Like all teams this is the Sox first series of the year. The 2021 version of the team went 92-70 (88-74 pythagorean) with a +80 run differential. They defeated Gerrit Cole and the Yankees at Fenway in the Wild Card game to move on to the real postseason. It was there they defeated the division rival Tampa Bay Rays three games to one to move on to the ALCS. They fell in the Championship Series to the Houston Astros 4-2.

The big one is infielder Trevor Story, who the Red Sox signed to a six-year, $140 million contract with a club option for a seventh year. Story will be moving from shortstop to second base this season as the Sox already have Xander Bogaerts manning short. The Red Sox also brought back old friend Jackie Bradley in a trade with the Brewers, sending outfielder Hunter Renfroe the other way.

On the pitching side the BoSox brought in three notable arms. The most prominent to Bombers fans will be former Yankee James Paxton. Paxton is still recovering from Tommy John surgery and will not be available until around mid-season. Boston also brought in LHP Rich Hill, who is somehow still pitching, and RHP Michael Wacha.

For the pitching staff, the Red Sox let LHP Eduardo Rodriguez walk as a free agent, as he signed a five-year $77 million contract with the Detroit Tigers early in free agency. RHP Adam Ottavino departed to the New York Mets on a free agent contract. LHP Martin Perez returned to the Texas Rangers where he started his career. RHP Garrett Richards also signed with the Texas Rangers.

On the offensive side of the ball we already mentioned the Hunter Renfroe trade. His 31 HR and 114 wRC+ last year is a noteworthy subtraction. Boston also let DH/OF/1B Kyle Schwarber leave town as a Free Agent, as he signed with the Philadelphia Phillies.

The Yankees catch a break in not having to face ace left hander Chris Sale in this first series. Sale is out for several weeks as he recovers from a rib cage stress fracture. We already mentioned James Paxton is going to be out while he recovers from Tommy John. Relief pitcher Josh Taylor is expected to miss Opening Day with a back injury. Otherwise the Red Sox appear mostly healthy as the season kicks off.

Something along these lines. Verdugo and Story could be flipped. As could Devers and Bogaerts. The bottom third of the lineup could appear in any order. The point is the Red Sox lineup is deep and scary. The lineup is anchored by MVP candidate Rafael Devers. Xander Bogaerts and J.D. Martinez are amongst the better hitters in baseball at any given time. The bottom third of the lineup has some holes, but the one through six is as good as any in baseball.

I don’t know about you but I’ve experienced enough Nathan Eovaldi for one lifetime. The former Yankee couldn’t find any consistency in pinstripes, then made a pitstop on Tampa before being traded to Boston. He has been a nightmare for the Bombers ever since. Eovaldi has a career 3.32 ERA in 17 regular and postseason appearances against the Yankees. This includes the Wild Card game that ended the Yankees season last year, when he went 5.1 innings and allowed only one run, struck out eight, and walked zero.

Nick Pivetta was very, very bad his first couple years in The Show. In three years and some change with the Phillies, Pivetta had a 5.50 ERA across 396.1 innings. In August 2020, the Red Sox picked him up as part of a trade, sending RHP’s Brandon Workman and Heath Hembree to Philadelphia for Pivetta and RHP Connor Seabold. Despite not really changing anything in his arsenal, pitch percentages, or spin rates, Pivetta put up a serviceable season for Boston in 2021, compiling a 4.53 ERA (4.28 FIP) across 155 innings.

Pivetta throws four pitches. His 4-seam fastball gets thrown 51.8% of the time and averages 94.8 mph. His curveball and slider are used in pretty equal amounts, registering at 23.7% and 21.6% respectively. He also throws a change-up, though not with any notable frequency, throwing it 2.7% of the time. Baseball savant also says he threw two sinkers at some point last year, though I doubt we will see that offering in this series.

Tanner Houck was the Red Sox first round draft pick (24th overall) in the 2017 MLB Draft. He made his debut in the majors in the 2020 pandemic shortened season and was excellent in his 18 games (13 starts) last season, posting a 3.52 ERA (2.58 FIP) in 69 innings. Tanner throws four pitches, with his primary offerings being his 4-seam fastball, thrown 38.6% of the time, and his slider, thrown 37.1% of the time. He backs those two pitches up with a sinker which he throws 17% of the time. He also has a split finger if he needs in, though he only shows it 7.4% of the time. Houck avoids damage by limiting quality contact, registering in the 82nd percentile in average exit velocity and the 77th percentile in hardhit%.

The Red Sox are starting the year with a 10-man bullpen. As a group last year the Red Sox relievers ranked 9th in baseball with 4.6 fWAR. Together they compiled a 3.99 ERA (4.05 FIP) over 607 innings. There are some question marks in this pen, especially with Josh Taylor missing the beginning of the year as previously mentioned.

Matt Barnes is the closer but has something to prove. He was excellent in the first half of last year to the tune of a 2.61 ERA (2.09 FIP) in 38 innings. Then things went south quickly in the second half, as he struggled in 16.2 innings of 6.48 ERA (5.75 FIP) ball. He has reportedly been throwing in the low 90’s this spring which has exasperated concerns. He and Alex Cora have said they found a mechanical flaw which helps explain it. We’ll see.

Garrett Whitlock returns to the bullpen ready to absorb the closer role if Barnes continues to struggle. Yankees fans were pulling their hair out all last year after the Sox stole Whitlock in the Rule 5 draft the winter before. He was undoubtably great, posting a 1.96 ERA (2.84 FIP) and 1.6 f WAR over 73.1 innings. It sucks to lose a guy like that, especially to a division rival, but my personal (unpopular) opinion is it isn’t the end of the world like many fans make it out to be. The Yankees pump out good relievers constantly and one was bound to get away. I’ll get off my soapbox.

Newcomers Jake Diekman and Matt Strahm join returnees Hansel Robles, Hirokazu Sawamura, and Ryan Brasier in middle relief. Diekman has been pretty good the last two years, posting a 2.96 ERA (3.59 FIP) over 82 innings. Strahm has rotated good years with bad years in the bigs his whole career. Last year was a bad year, so I guess this will be a good one. Robles is a former closer who had his best year in 2019. He’s been meh ever since. Sawamura was solid last year with a 3.06 ERA, but his 5.00 FIP and 4.36 xERA tell us he was a bit lucky. Brasier has been pretty good in his career, but he too is struggling with velocity this spring.

Phillips Valdez, Austin Davis, and Kutter Crawford assemble to form the mop up squad. Valdez was pretty bad last year, posting a 5.85 ERA (4.67 FIP) for Boston in 40 innings. Davis too, posting a 5.13 ERA (4.50 FIP) in 26.1 innings. Kutter Crawford made one appearance last year as a starter but is otherwise a rookie. His 3.63 ERA (3.18 FIP) and 10.7 K/9 across 67 career minor league appearances (66 starts) shows there could be more there. At the very worst, he has a great baseball name.

Gerrit Cole: How will Cole respond in his first start since last years disaster Wild Card game against this same Red Sox team? Yankees fans will be watching closely to see if Cole can redeem himself in the first game of the season.

Luis Severino: Luis will be making his first major league start since 2019 on Saturday. He will surely be brought along slowly, but Severino is a huge key to the Yankees success this year. If he can resemble anything close to the 2017 and 2018 version of himself, the Yankees would benefit greatly.

Red Sox Pitching: The line-up is for real. The pitching is … not so certain. Outside of Eovaldi the rotation could easily be a mess. Pivetta was serviceable for the first time in his career last year. Houck seems like the real deal but is still unproven. Michael Wacha has been really bad since 2018. Rich Hill is a geezer but still has his awesome curveball. This group could really use Chris Sale back pronto. The bullpen, as explained above, is a huge concern going into the year. If there is one thing I am certain of it’s that this staff will look VERY different in September.