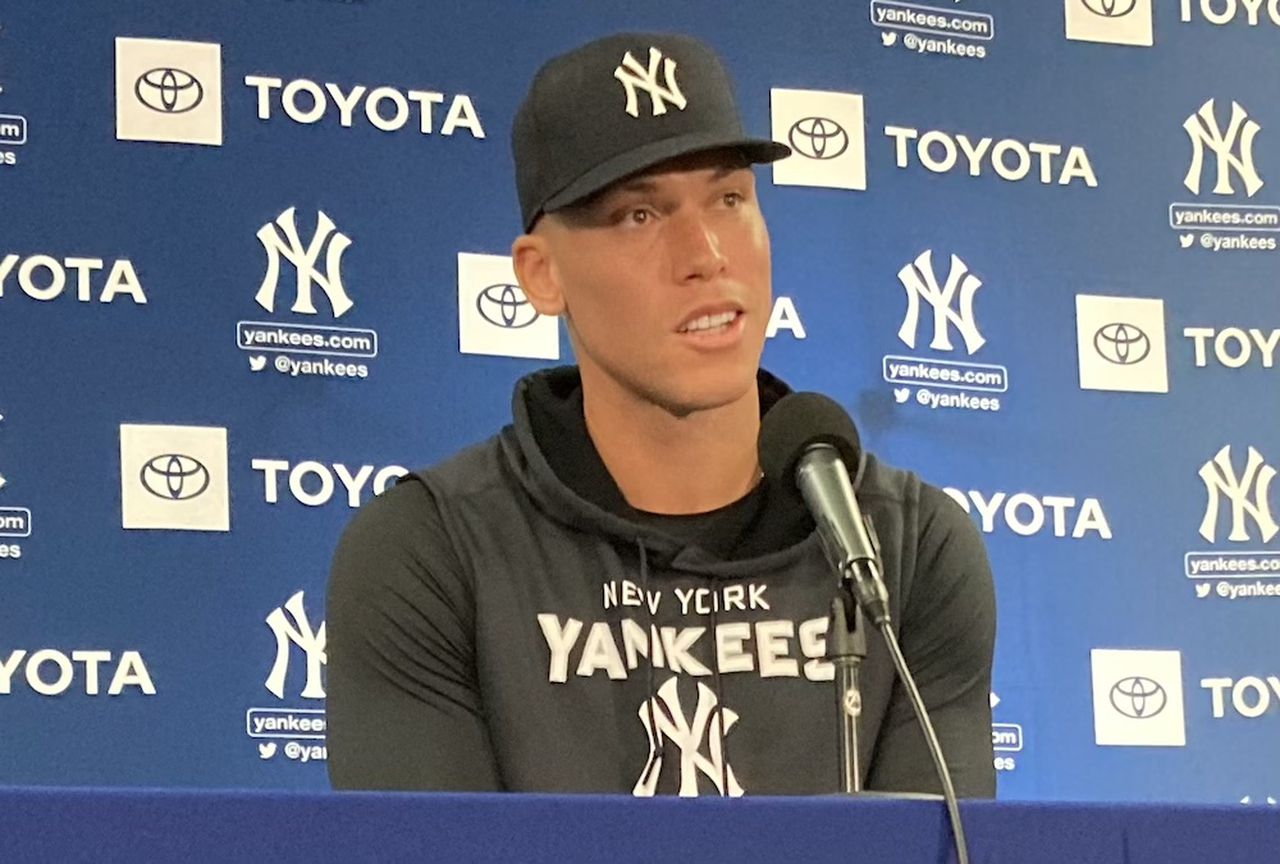 In another universe far, far, away, Aaron Judge would have addressed a sellout Yankee Stadium crowd at Opening Day with a special announcement:

“Well, they convinced me to stay, and I can tell you it’s a privilege to be here for the rest of my career.” *BANGS GAVEL*

“OH MY GOODNESS GRACIOUS! OF ALL THE DRAMATIC THINGS I’VE EVER SEEN!” Suzyn Waldman would have screamed in the radio booth.

But alas, it was not to be. And apparently, it wasn’t even close.

The Yankees and Aaron Judge were never close to reaching a long-term agreement.

And so ends the first chapter of what is gearing up to be a season-long saga for player and team. Judge and the Yankees failed to reach an agreement on a long-term extension by the player’s imposed deadline of Opening Day, and he will play out this season on a one-year contract. Now, nothing is preventing the two sides from negotiating and reaching a deal during the season, but all signs point to Judge testing the free-agent waters for the first time this offseason.

Business-First for the Yankees

There’s no sugarcoating it: from an optics perspective, this is a horrible look for the Yankees. After watching the front office pass on all of the high-priced free agents during the offseason, most fans reasonably assumed that they were saving the money for a Judge extension. Missing out on Judge, one of the very few homegrown prospects who has turned into a superstar in the Bronx, would add gallons of fuel to the narrative that the Yankees simply do not have the appetite to devote their financial resources to any of the game’s best players.

But this case is not yet another example of Hal Steinbrenner being cheap. While a far cry from the 9 or 10 years at an AAV of $36 million reports say Judge’s camp was asking for (that’s Mike Trout Money!), by all industry standards, the Yankees made a fair offer. According to Brian Cashman, the team’s final proposal was for 7 years and $213.5 million. That $30.5 million AAV would put Judge behind only Trout ($37.1 million) for all outfielders. Given Judge’s age (he turns 30 on April 26th) and injury history, a contract of this type would represent a significant commitment on the part of the Yankees.

Moreover, yes, he is (or was now, maybe) considered by many the face of the franchise and future captain, but Judge, for all of his on-field accomplishments, is not yet a proven winner. Although he provides plenty of marketing value off the field given his status as a superstar in New York City, he is not Mookie Betts, who had won a World Series ring and MVP with the Red Sox in 2018 before being unceremoniously shipped off cross-country to the Dodgers in a cost-saving measure a year later. It would have been irresponsible, therefore, to give Judge a contract until his age 40 season at an AAV north of $30 million.

Judge Bets on Himself

Don’t blame Judge; it’s his one and only chance to cash in and test the open market. He won’t come close to a Mike Trout-level contract, but he can do better than the Yankees’ final proposal. Digging deeper into the numbers, the $30.5 AAV would put him behind position players Judge and his cumulative 24.5 fWAR over the last 5 seasons has been more productive than over the past few seasons such as Anthony Rendon ($35 million AAV, 23.3 fWAR over the last 5 seasons), Francisco Lindor ($34.1 million, 22.6), and Corey Seager ($32.5 million, 15.2). As those players were all younger than Judge when they signed, one can deem the Yankees’ offer fair, while also agreeing with Judge that it was not good enough to forgo free agency.

Will the money be out there? It largely depends on his performance. Fangraphs projects Judge to slash .273/.369/.539 for a 5.7 fWAR. In other words, Judge is expected to be one of the best players in the league. If he were to put up these types of numbers, it would be totally reasonable for him to ask for 7 or 8 years in the $35 million AAV range, and all it takes is one owner to make that a reality. Steve Cohen certainly has the money and the penchant for the dramatic to lure his crosstown rival’s biggest star to Flushing. A mystery team could decide to spend big, just as the Texas Rangers did this past offseason. And who knows, maybe we’ll wake up to another Arte Moreno special.

To his credit, Judge also seems to have taken a business-first approach. “It stings, but I got a job to do on the field,” he said in a press conference after yesterday’s game. Translation: forget the drama, the best way to make everyone happy and eliminate the noise is to go out and have an MVP-caliber season. This will not be a distraction in the clubhouse at all.

Honestly, all that’s left is for Judge to go out there and do his thing, and there’s not much else to it. At the end of the day, baseball is a business and it’s completely ok to not blame either side, and rather the current player market, for the failure to reach an agreement. Sure, Yankees Twitter will moan and groan for the next week, and there will definitely be an avalanche of snarky tweets every time Judge hits a moonshot or guns down a runner on the basepaths, but what happens on the field will largely determine the fanbase’s collective sentiment towards the situation. Just look at yesterday, for example. At 11:15am ET, fans were up in arms that the Yankees simply didn’t give Judge what he wanted. 6 hours later, we were all celebrating a dramatic Opening Day walkoff win.

One more note: we should be thankful that the front office will go to battle with the de facto face of the franchise on the roster this season. Because, you know, he could’ve been traded for Jeter Downs…