Joey Gallo and the search for luck 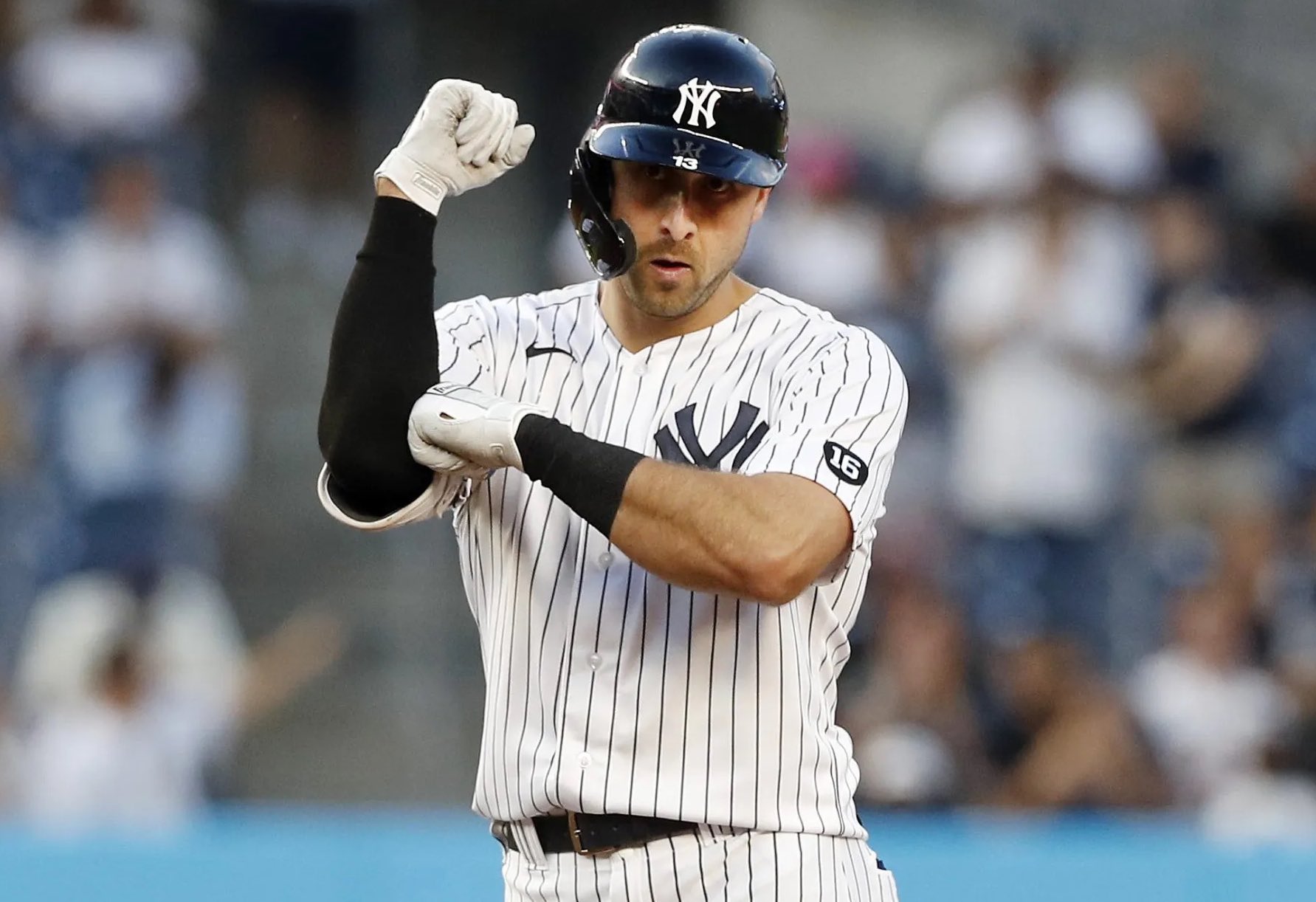 At least for his own sake you could argue that nobody on the 2022 Yankees needed a good start to the season more than Joey Gallo. Yankees fans knew what they were getting last summer when Cashman & Co. acquired Gallo from the Rangers. Good defense, good base running, enormous power, elite on base ability, low batting average, and a lot of strikeouts. Yet when he came over and did exactly all of those things, he was criticized.

Admittedly he did perform worse in his 58 games with the Yankees than he did in his 95 with the Rangers. He had a few signature games, most notably August 5th against the Mariners and August 14th against the White Sox. But overall his .160/.303/.404 slash line, 95 wRC+, and 0.3 fWAR with the Bombers was below was what had come to be expected from Gallo. It was also noticeably worse than the .223/.379/.490 slash line, 139 wRC+, and 3.3 fWAR he produced in Texas before the trade.

For a streaky hitter like Gallo, a slump like the one he had in New York is not outside the normal. It just so happened this slump came at the exact time he was hoping to adhere himself to Yankees fans. He is a flawed player who was added to a roster that already featured players with his same flaws. Because of that, he became a bit of a scapegoat for the way last year ended.

Fast forward to this year. Fan punching bag Gary Sanchez is gone. It was reasonable to think that if the offense got off to a slow start that blame would again be pointed Gallo’s way. A big start to the year would not only keep the fans off his back, but also benefit Gallo heading into Free Agency this winter. We are now five games into the season and Gallo doesn’t have much to show for it. His .231/.421/.231 stat line with no long balls is nothing to write home about. But if you look a little deeper, you can see that Gallo has actually been one of the Yankees hottest hitters so far this year. He has also been one the unluckiest.

If you take a look at his Statcast metrics so far you can see Gallo has been smoking the ball:

Those rankings speak for themselves. Keep that up over a full season and you have … a God? That almost certainly won’t happen. Gallo will rotate between scolding hot streaks and brutal slumps and those numbers will normalize. But you would look at that chart and think Gallo was one of the first weeks MVP’s.

Unfortunately, despite scolding the ball, Gallo hasn’t been able to turn that into tangible production. While he is sporting a .231 average, his .304 xBA demonstrates how his hard hit balls have not translated into base hits. His .323 wOBA is over 200 points lower than his xwOBA of .534. He has hit the ball hard 75% of the time and barreled the ball 37.5% of the time, both of which are far above his career averages of 49% and 20.9% respectively.

On Monday, Max Goodman (@MaxTGoodman) did a good job of showing Gallo’s luck so far:

Joey Gallo is 1-for-10 to start the season, but he's also put five balls in play at 97 mph or higher.

It's far too early to make any assessments (of any player), but these swings are encouraging for the #Yankees.

Perhaps Gallo’s luck as already started to come around. Or at least normalize. In Monday’s game, a game in which the Yankees only registered four total hits, Gallo had two of them. His 77.1 mph liner in the 2nd inning got the Yankees in the hit column. Later he scorched a single in a more Gallo type of fashion, a 106.5 rope off closer Jordan Romano. He got the night off last night at the plate against lefty Yusei Kikuchi but should be back in the line-up against the righty tonight.

The Yankees need Gallo to be successful. His lefty bat brings balance to the lineup, even if his flaws are redundant with the Bombers other players. There will be undoubtably be ice cold streaks from him this year that make you want to punch a wall. For those streaks he will hear the boo’s ring down from the crowd. There will also be insane hot streaks where he single handedly carries the team offensively for a couple weeks. And while it may not seem like it at first glance, we might be in the midst of one of those streaks right now.

In this article:Featured, Joey Gallo