Random Thoughts on a Thursday 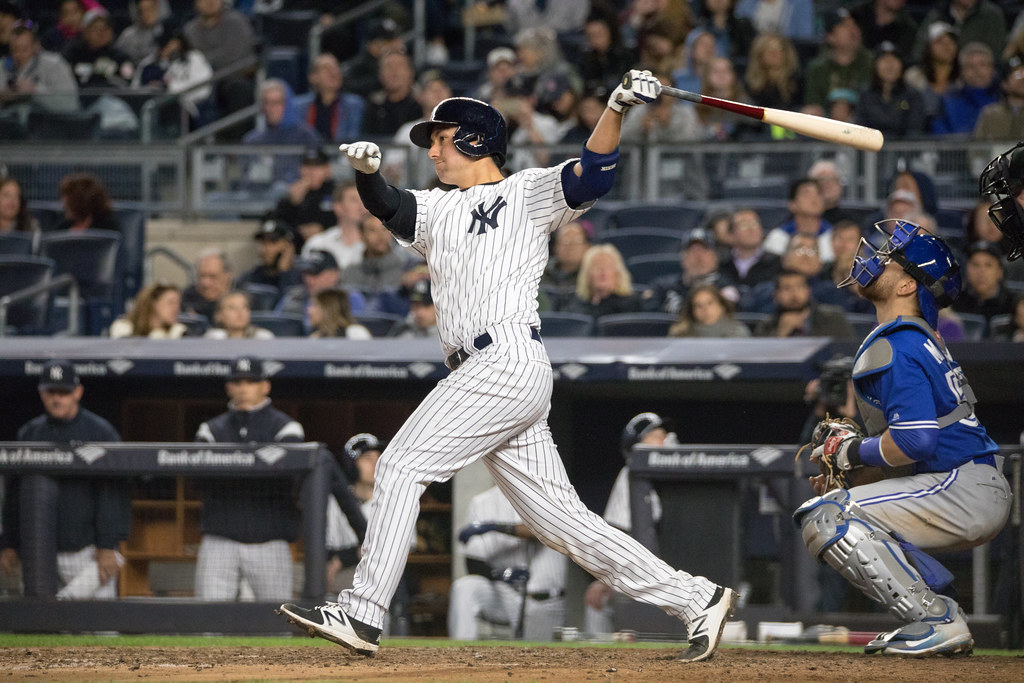 We’re six games into the season and the Yankees have split those games evenly. They close out a four game set with the Blue Jays tonight before heading off for a six game road trip. Let’s dive into some random thoughts and observations I have after these first few games.

Addressing the black hole(s) in the line-up

It’s crazy that the Yankees purposefully decided that going into the year with Kyle Higashioka and Isiah Kiner-Falefa as full time starters was a good idea. It was a crazy idea at the time and it seems even crazier now. Especially when you consider the other options that were available. Yankees Twitter is a far and wide place, so there is a lot of good and a lot of bad. I found two tweets that help underline the urgency of the problem at hand:

Yankees 8 and 9 hole hitters so far

The Jomboy tweet has a typo, the slugging is actually .095. The Yankees are dead last in the league in production from the last two spots in the lineup. Higgy and IFK are single handedly dragging them down. I’d like to sit here and say it won’t be this bad all year but … it might close.

Higashioka got off to a hot start last year but from May through the end of the season he hit .162 with a 41 wRC+. There really is no sugar coating anything there either, and I fail to find any hope outside of his spring training that would make me believe he can be even average with the bat. Kiner-Falefa has had 18 plate appearances thus far this year and hit the ball out of the infield twice. I laughed to myself the other night when they both grounded out to the shortstop in succession. It’s what you could’ve predicted before they even stepped to the plate. Kiner-Falefa won’t be this bad all year, but his 85 wRC+ last year tells us above average production is unlikely to come.

Now it’s not either of these guys fault. They didn’t build the roster. If Kiner-Falefa was the utility guy and Higgy was the back up catcher this wouldn’t be as big of a deal. But in a division where as many as four teams have been predicted to clinch playoff births, the Yankees trying to earn one while playing with a seven hitter line-up is comical. You can’t tell the fans you’re a World Series contender and then punt two positions offensively.

What can the Yankees do it about it in the short term? Nothing really. They made their bed now they have to lay in it. Oswald Peraza has a combined 57 plate appearances above Double-A and isn’t ready. Anthony Volpe isn’t ready. Oswaldo Cabrera might be closer than those two but he too only has 62 plate appearances in Tripe-A and by all accounts isn’t a long term shortstop. Ben Rortvedt isn’t a plus with the bat. There are no other catching prospects in the pipeline that can provide relief. It’s too early to be talking about trade targets.

Michael Kay said it best last night in that the line-up has a National League feel to it. Except the National League has the DH now so that’s not even the case. The line-up has a Luxury Tax feel to it. Hopefully Higgy goes out and bashes two homers in his next start and Kiner-Falefa goes 4-4 with a stolen base. But so far, it’s been a worst case scenario at both positions to start the year.

Luckily for the Yankees they might not need as much offense as usual in their next few series. They started the year against the Red Sox and the Blue Jays, both teams projected to make the playoffs by many. However, the schedule gets soft for the next couple weeks. Here is what the Yankees have coming up:

It starts to ramp back up after that but they get to face Baltimore seven more times in May. They play the Orioles 13 times over the next six weeks total. The Tigers and Guardians are no roll over teams. The Tigers worked hard to improve this offseason and the Guardians offense has been unstoppable so far this year. Regardless, neither of those teams are terrifying by any means. The Yankees need to take advantage of this soft spot in their schedule. You can’t make the playoffs in April but you sure as hell can miss them. The back half of the Yankees schedule is pretty brutal. Now is the time to pile up wins.

It’s easy to forget how valuable Aaron Hicks can be. His 2018 season, when he posted a .248/.366/.467 line with 27 home runs and 5.0 fWAR, was elite. The Yankees rewarded him after that season with a 7-year, $70 million contract. Unfortunately, like many of the so called Baby Bombers, he has regressed since that year. It has been mostly due to injury. Hicks has appeared in only 38% of possible games since that year. His lack of availability has opened him to scrutiny with Yankees fans.

His season started unspectacularly this year, going 2-8 with no other counting stats in the first three games. He hit into a key double play in the series finale against the Red Sox that had fans calling for his head. Or Estevan Florial. Since then though, Hicks has gone 4-9 (.444) with a home run and two walks. His exit velocity so far has been in line with both his career averages and his 2018 season. The Yankees would welcome his 25% strikeout percentage falling back toward his 21% career average, but overall I think his .353/.450/.529 slash and 175 wRC+ is above what the Yankees expected to start the season.

Hicks is the only switch hitter in the line-up and brings balance to the bottom third of the order. His patience, power, and defense bring a lot of value to the team. A return to anything close to the pre-extension Hicks would make the line-up feel much deeper. It’s been fun to watch so far. I am all aboard the Aaron Hicks comeback train in 2022.

Every year it feels like there is one guy down in the bullpen that is like a looming dark cloud. The guy that when he is inevitably brought in you yell “WHY?” at the TV when Aaron Boone hands him the ball. So far this year I don’t feel that way. I genuinely feel comfortable with any pitcher coming out of those doors. Now, if it was Lucas Luetge being handed the ball in the 9th and Loáisiga was the mop up man, i’d feel different. But that is not the case. Boone has done a good job so far at picking the right guys in the right spots.

The numbers reflect it too. Last night was the first real hiccup of the season but even with that the Yankees relievers as a group sport a 1.47 ERA (3.01 FIP) and 0.6 fWAR over 30.2 innings in the early going. With the starters still ramping up to their full workload, the ‘pen has been carrying the staff in the early going. It feels like every guy coming into the game has nasty stuff. Jonathan Loáisiga, last years most valuable reliever, has actually been arguably their worst in the early going.

Michael King has built on his late season success from last year and is tied for the lead league in fWAR so far for relievers with 0.3. Chapman hit 102 the other night and is backing that up with his lethal splitter. Clay Holmes has continued his seemingly overnight success he had after coming over from the Pirates. Ron Marinaccio and Clarke Schmidt have flashed signs of brilliance. It feels good to have a lot of options on any given night and not having to overwork two or three guys to close out wins.