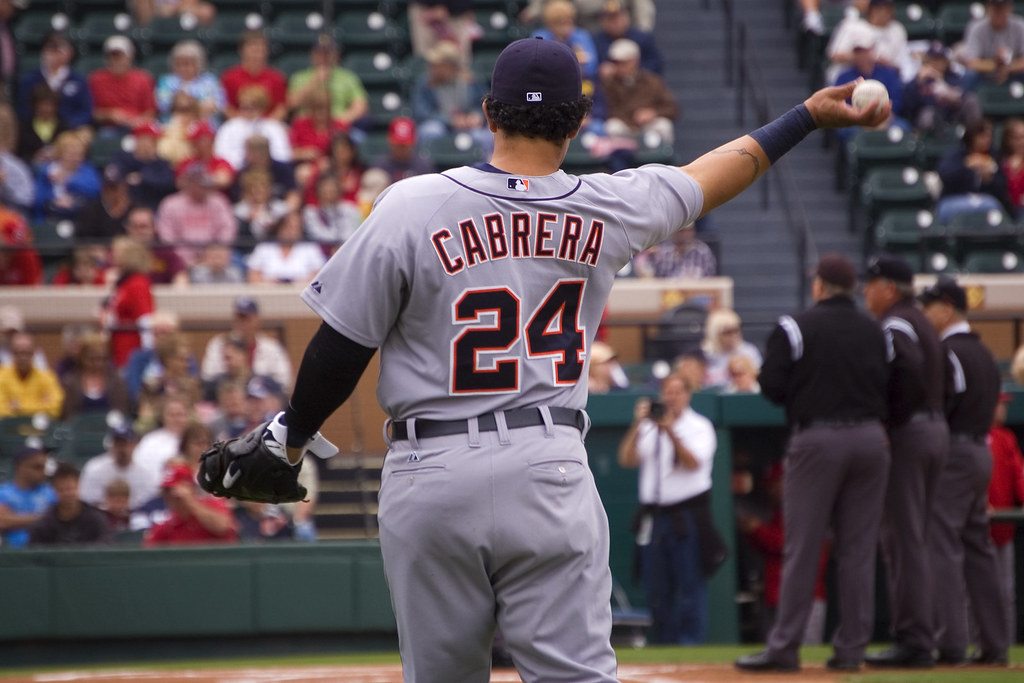 The Yankees start their fourth series of the year on Tuesday against the Detroit Tigers. Let’s take a look at the Tigers roster and how the Yankees will match up in the three game set.

The Tigers are led by manager A.J. Hinch and have started off the season 4-5 with a -12 run differential, good for 3rd place in the AL Central. Before yesterdays off day Detroit had just wrapped up a four game set against the Kansas City Royals. The finale was rained out so the Tigers are coming in against the Yankees with two days rest.

The Tigers went a better than expected 77-85 in last years campaign and spent this offseason adding pieces to make a run at a playoff spot this year. Notable additions include pitcher Eduardo Rodriguez, shortstop Javier Báez, outfielder Austin Meadows, and catcher Tucker Barnhart. They also added top prospect and former #1 overall pick Spencer Torkelson, who made the Opening Day roster as the starting first baseman.

This lineup has some tough outs on paper but it just hasn’t shown up so far this season. Meadows is off to a tremendous start, hitting .417/.517/.500 across 29 plate appearances. As we know he destroys the Yankees historically, so the Bombers need to try to avoid more of the same in the midst of a hot streak. The Tigers gave Javier Báez a six-year, $140 million contract this offseason and he was having a strong start to the year, but he is on the IL with a right thumb injury and is out for this series.

Torkelson and Miggy are the only other two healthy regulars that are league average or better so far in wRC+. Torkelson is have a strong start to his career, batting .240/.387/.520 with two long balls in 31 plate appearances. Watching him this series should be fun. Cabrera is five hits away from 3,000 in his career. The Tigers are on a six game home stand and I hope he can accomplish the feat in front of his home town fans. Would be cool.

Akil Baddoo is exciting and easy to root for. He was a Rule 5 pick two winters ago and hadn’t played above High-A, but still posted an above average season in 2021. He is off to a tough start this year with only two hits in 24 plate appearances. Many Yankees fans wanted the Yankees to get Tucker Barnhart this winter. He hasn’t been Kyle Higashioka bad, but he still has been terrible at the plate thus far.

Tyler Alexander is what old timers would call a crafty left handed pitcher. He has a five pitch repertoire that he mixes fairly well, doesn’t walk many batters (1.96 career BB/9), and doesn’t throw very hard (career 90.7 vFA). This is his fourth season in the big leagues. Last season for the Tigers he pitched 106.1 innings to the tune of a 3.81 ERA (4.39 FIP) in 41 games, 15 of which were starts. So far in 2022 he has made one start, lasting 5.1 innings and giving up five hits and three earned runs.

Anderson relies mostly on his cutter instead of his fastball, throwing it 35.4% of the time in 2021. He uses that pitch to get inside on opposite side batters and away from same sided ones. He limited batters to a .239 batting average against the offering last season. His sinker (20.6%), changeup (18.4%), and 4-seam fastball (15.1%) all are used about the same. The sinker and changeup were both hit pretty hard last year. Tyler also has a slider to offer, which he threw 10.5% of the time in 2021. This will be Alexanders third career appearance against the Bombers.

We know Eduardo pretty well from his time with the Red Sox. He has started 21 games against the Yankees in his career, posting a 3.87 ERA in 118.2 innings. Rodriguez ditched Fenway early last offseason for a five-year, $77 million contract with the Tigers. The season has not been kind to him so far. Eduardo is 0-1 with a 5.87 ERA (4.92 FIP) in two starts and 7.1 innings thus far in the Motor City.

This is TBD but it’s more likely than not going to be old friend Michael Pineda. Pineda signed a one year deal late in Spring Training and has had two tune up starts in the minors in preparation for a call up. Even if he hasn’t reached the greatness we all hoped for him in pinstripes, Pineda has leveled out as a solid back of the rotation guy. His Baseball Savant percentile ranking graphs are always strange to look at:

Elite ability to make people chase, elite ability to limit walks, lots of hard contact. There will always be an element of Big Mike that has you wanting more. Pineda is a three pitch pitcher these days. His fastball makes up more than half of his pitches, but it has steadily fallen year over year, plummeting to a career worst 90.6 mph in 2021. His slider made up 28.9% of his pitches last season and it’s still elite, holding batters to a .199 batting average. The changeup wraps up his arsenal, being tossed 16.9% of the time last season. Pineda never reached the ace ceiling he flashed his rookie year, but at the very least he’s been more productive than Jesus Montero. Yankees won the trade.