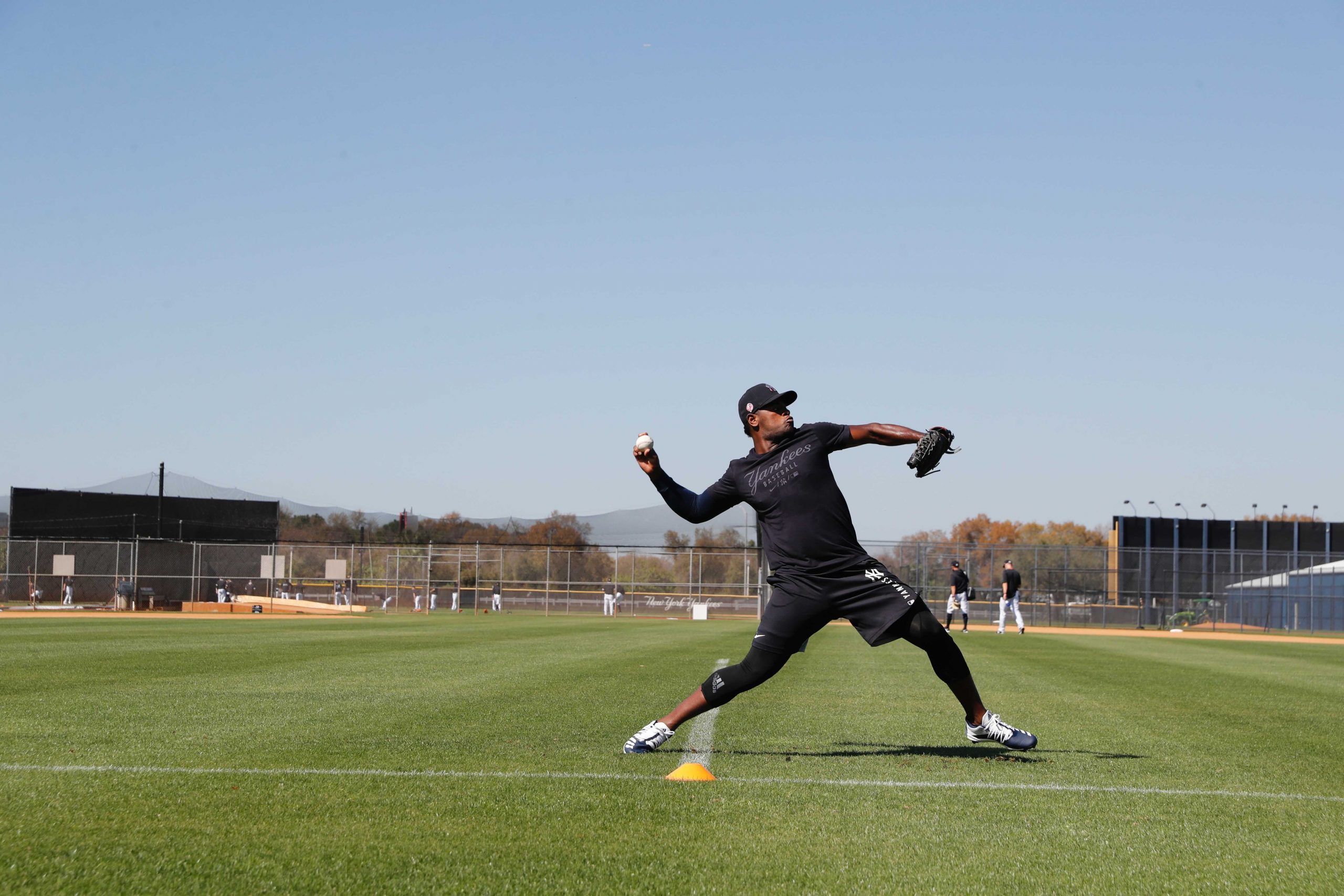 It’s tough not to think about the fleeting nature of time whenever Luis Severino is brought up. Once the original herald of a new age of Yankee youth, Sevy is now, by one measure (length of time since debut), the team’s longest-tenured player. And though he’s been around, he hasn’t exactly been around the last few seasons. Severino finally appears fully healthy, and he’s reinstated himself as a focal point of the Yankees rotation with a couple of solid efforts in his first two starts of 2022.

But the #40 we see these days isn’t the same one that dazzled us back in 2017 and 2018. While the fastball velocity is still there, and the trademark fire and passion he displays on the mound hasn’t dissipated, other parts of his profile are quite different. First and foremost, Severino, just like a few other staff-mates of his, has added a new pitch and considerably altered his mix.

The small-sample caveat applies, but Severino has largely replaced his slider – his only breaking offering in his career to this point – with a cutter. The early returns on the pitch have been promising, as he’s induced 60 percent whiffs and hasn’t yet surrendered a hit. And new cutter aside, Severino has shown a lot less faith in his slider, particularly in putaway situations. With two strikes on opposing hitters, he went to the slider almost half the time in 2017 and 2018. This year, a meager 12 percent of pitches thrown with two strikes have been sliders.

Digging a little deeper, even the slider itself looks different. Here are two whiffs on Severino sliders from 2018: Curtis Granderson in April of that year, and Sal Perez in July.

The movement on both pitches is similar, and when Severino was most effective with the slider back in his heyday, they were ending up in the dirt with batters flailing. The profile of whiffs against the slider from 2018 is telling.

Compare those two pitches against Granderson and Perez to a slider whiff from Severino’s start against the Jays the other night, with Santiago Espinal the victim in this case.

Similar velocities, similar outcomes, same ballpark (so theoretically same camera angle), but very different shapes. The slider has more of a “bow” profile, almost resembling a curveball. The usage and movement of the slider are worth monitoring over Severino’s next few starts. We’ll see whether he’s developing a new approach altogether or whether he’s simply fine-tuning the slider and will start deploying it more once he settles into the season.

The old dog, new tricks adage doesn’t seem to apply to Severino, who’s reinventing himself on the fly after three full seasons of struggles with injury. If he can follow Gerrit Cole every fifth day with results that resemble his peak, it could mean the difference between a good and great season for the Yankees.