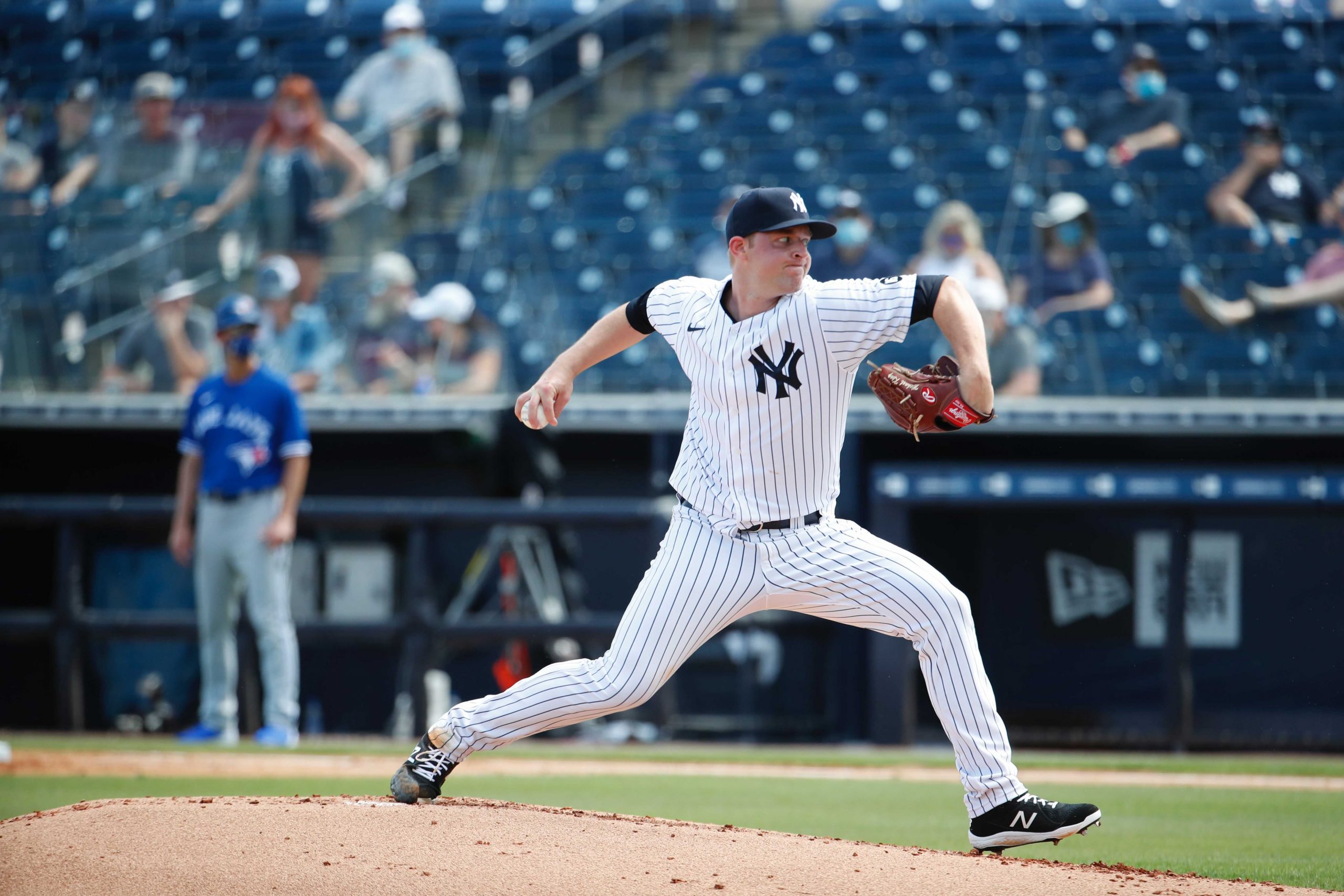 The Yankees suffered their most significant injury of the year during Friday’s 7-6 win over the Orioles. During the eighth inning, reliever Michael King threw a pitch to Ramon Urias and immediately came off the mound in pain. He exited the game and news has since come out that he will miss the remainder of the season with a fractured elbow. There is still an MRI planned to see if the ligament is intact and determine if Tommy John surgery is needed as well. Either way, the earliest we will see King is next spring. It’s a tough blow to an already depleted Yankees bullpen.

There is no way to sugar coat the loss. Losing Michael King makes winning the World Series a lot harder for the Yankees. His 1.7 fWAR ranks third amongst relievers in all of baseball. His 51 innings pitched rank second in that same group.  King has become an invaluable weapon for the Yankees in the late innings bridging the gap to closer Clay Holmes. Compounded with loss of Chad Green earlier this year the Bombers have now lost two back of the bullpen weapons in the first half of the year.

Much will be written over the next few days of what pitchers on the trading block the Yankees can target to try to replace what Michael King provided the team. Instead, i’ll take a look here at the internal options the Yankees have to fill the sudden gaping hole in the back of the bullpen.

I touched on this a bit last week even before King injury. Ken Waldichuk has followed his impressive 2021 professional debut by reaching Triple-A this season. His ascension now ranks him 72nd on MLB.com’s Top 100 prospects. We’ve officially transitioned from intriguing college arm to top prospect status.

Trying Waldichuk as a reliever makes a lot of sense. Since signing, Ken has seen his fastball jump to the point where it now sits in the mid-to-low 90’s on a consistent basis. Reports say he has hit as high as 98 with that pitch, which is in ballpark we could see it sit consistently in shorter stints. Mix in his changeup and sweeping slider and he has enough weaponry to be an effective multi-inning piece.

While looking at potential postseason matchups, Waldichuk’s .139/.243/.246 line against same sided hitters could come in handy in October. The Astros have Yordan Alvarez, Kyle Tucker, and Michael Brantley. The Twins have Luis Arraez and Max Kepler. Given the Yankees lack of a dominant left handed weapon out of the bullpen, Waldichuk could help fill that gap. His .215/.318/.339 line against right handers is nothing to sneeze at either. This dude is effective against both sides and his stuff might play up another level out of the ‘pen.

I don’t feel there is much to lose here. Unless he dealt before August 2nd I would be surprised if the Yankees did not at least give this a shot. If it doesn’t work out then fine. Long term the Yankees probably see him as a starter regardless but given the need at the big league level and the World Series window its all hands on deck. Waldichuk is the best of the minor league options the Yankees have at their disposal to try to replace King, so why not try?

Hear me out. We’re at the point where it’s becoming unrealistic to expect Luis Severino to hold up under a starters workload. Prior to this year he had pitched 18 innings since completing 190+ innings as a starter in back-to-back seasons. He looked at worst good, at best dominant, in his 16 starts and 86 innings prior to his Grade 2 lat strain that landed him on the IL before the deadline.

The reports say he will shut down for two weeks before being reevaluated. History shows Severino is not a quick healer when it comes to injury. He had a Grade 2 lat strain in March of 2019 didn’t come back until September. None of this is to rag on Sevy. I love the guy and hope he is cleared at the end of those two weeks. I am just speaking to the facts that history provides.

The end of those two weeks puts us at the end of July. It’s at least another two weeks after that to ramp him back up to be able to get back to the Bronx. Best case scenario is mid-August. Even with the layoff we have to be a bit concerned about the workload. The Yankees will need him to save enough bullets to be effective in October.

So might those bullets be best used out of the bullpen? This is contingent upon the Yankees acquiring another starter. Without doing that there is almost no chance they would consider something like this. But say they do acquire Luis Castillo as has been rumored. That gives them Cole in Game 1, Castillo in Game 2, and a mix-and-match approach in the final two games of a playoff series.

The Yankees have limited Jordan Montgomery’s exposure the third time through the order, allowing him to face only 93 total batters. Nestor Cortes and Jameson Taillon have both hit a rough patch when facing opposite side hitters. I touched on this all in my mid-season review of the rotation. I would argue 4-5 innings of Severino are more valuable spread over multiple games in a playoff series than getting 4-5 innings in one game and exposing the middle relievers. Something like:

I admittedly consider this plan unlikely in the regular season. Even if the Yankees do acquire another starter I think they’re going to do their best to use a modified 6-man rotation over the last few weeks to keep everyone fresh. October is a different story. I don’t think this idea is as far fetched as it might seem to some at first glance.

The Yankees beat me to the punch before I could finish writing this article. Clarke Schmidt was recalled following the King injury and closed out the Yankees 6-0 win Sunday with three innings of shutout ball. The former first round pick has been in purgatory for a majority of the year. He is too good for the minors but too unproven to have a guaranteed spot on the roster. The injuries have opened up a golden opportunity for Schmidty.

The arsenal is there. Schmidt pairs upper tier fastball velocity (71st percentile) with elite spin rates on both his fastball (92nd percentile) and curveball (94th percentile). His ground ball rate, average exit velocity, and hard hit percentage are all right in line with the league averages. Clarke’s xBA, xSLG, wOBA, and xwOBA all check in better than the league rates. It could be small sample size noise but this has been consistent across his limited exposure to the majors in his career. You don’t have to squint to see the potential.

Schmidt might finally have the chance to stick even if the Yankees get another arm at the deadline. He certainly has higher potential than Miguel Castro. Lucas Luetge has been great but Schmidt has the higher octane stuff that is important in October. I’d go to Schmidt in the playoffs 100 times before going to Aroldis Chapman. Right now he’s probably better than Jonathan Loáisiga too. He has the chance to quickly jump a few tiers in the bullpen pecking order with good performance. Now is the time for Schmidt to show what he can do.

WILD CARD. Zack Britton had Tommy John Surgery just last September but somehow is already close to a return. You don’t really see the 12 month turn around on that surgery anymore. Last we heard about three weeks ago Britton was getting close to returning to mound work after a planned “reload” period in his recovery program. If all goes well we could see him back in the Bronx in late August or early September.

It’s a little much to count on Britton to be the dominant reliever we’ve grown accustom to the last half decade coming off major surgery. Even prior to undergoing the knife last year he wasn’t very good. Britton posted a 5.89 ERA (5.46 FIP) in 18.1 innings in 2021 before the season ending surgery. A lot of that can be attributed to recovering from COVID, a bone spur, and hamstring strain that all prefaced Tommy John. This is just to say it’s been close to two full years since Zack Britton has been who we know he can be.

I imagine the Yankees are counting anything Britton provides in 2022 as found money. One setback during his rehab and he may get shut down. Given the Green and King injuries, having a lottery ticket with All-Star potential is not a bad place to be for the Yankees. Getting Britton back healthy and effective would be a huge win for the team.