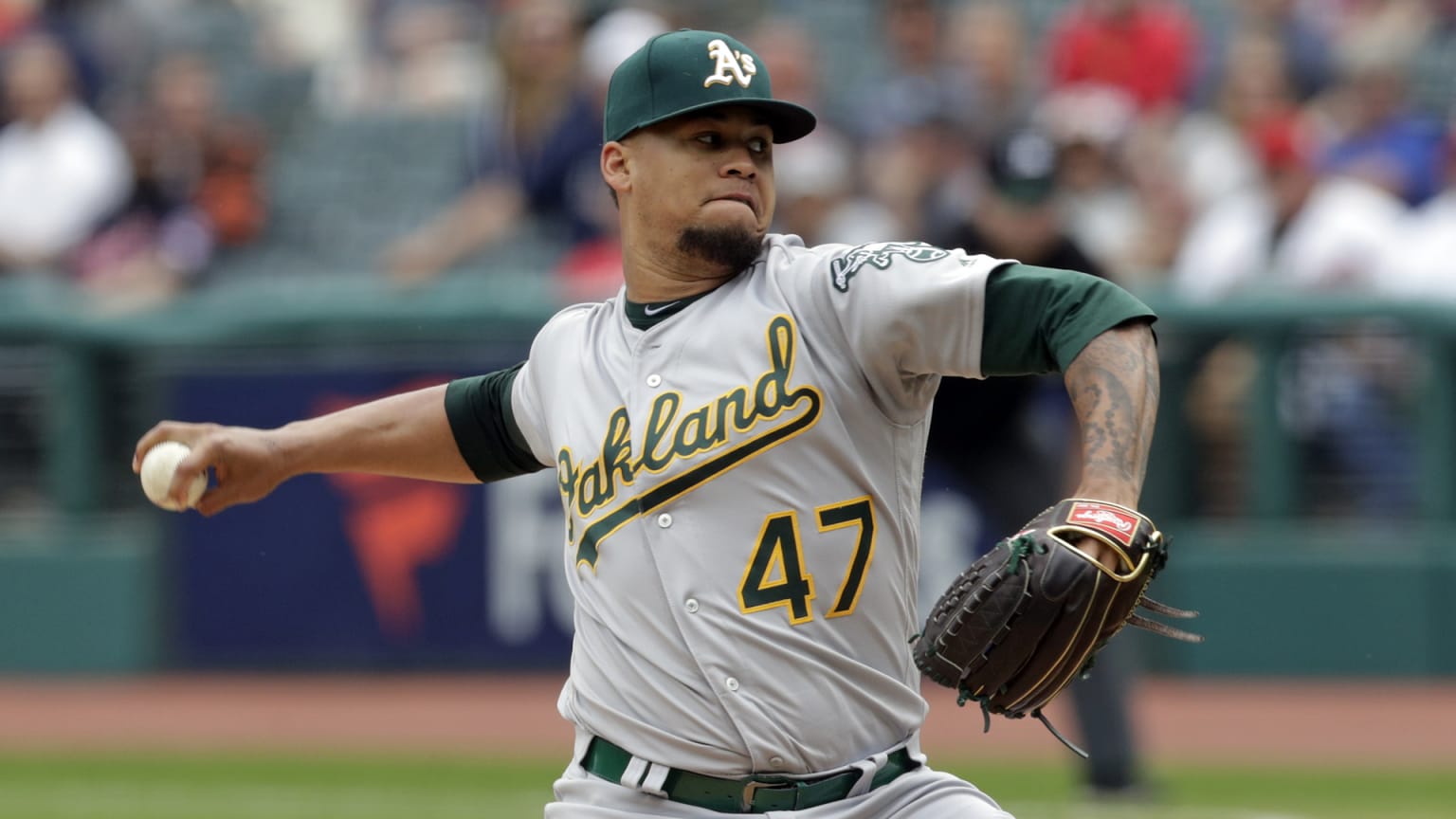 Shortly after the Yankees 3-2 loss to the Mets on Wednesday it was announced by Jack Curry that the Yankees had acquired All-Star outfielder Andrew Benintendi from the Royals for three prospects. On the post-game show Curry then mentioned the Yankees focus had shifted to right hander Luis Castillo. Unfortunately last night those dreams were crushed, as Jeff Passan announced the Reds would be sending Castillo the Mariners for four players. Here are some thoughts following those two trades as the clock continues to tick closer to Tuesday’s deadline.

1.) As i’ve thought about it more, I really like the Andrew Benintendi trade. I try to be a rational Yankees fan but I too am prone to emotional reaction. Obviously I much prefer Juan Soto but that never seemed plausible given how the Yankees operate these days. I have long thought the Yankees made a mistake not getting Michael Brantley in free agency before both 2019 and 2021. He always seemed like a perfect fit in their line up and seeing him on the Astros always pissed me off. I was also concerned they would compensate and sign Brantley this offseason when it was too late. Benintendi is the Yankees Brantley now but seven years his junior. Their stats this year:

Pretty similar. Benintendi has yet to find the power stroke that led him to 17 home runs last season but the Yankees don’t really need that. They have enough power hitters. Benintendi brings another layer of diversity to the team. His .384 OBP is second only to DJ LeMahieu (or third if you count Matt Carpenter). His .299/.385/.345 line with RISP is above the Yankees team line of .246/.335/.462. I was on the fence about the acquisition at first. The more I think about it the more the think Benintendi is exactly the player the Yankees need.

2.) There is a non-zero chance this is more than just a rental situation. Benintendi will reach free agency after this year but a mutual long term relationship makes some sense. Benintendi won’t turn 29 until next summer so he still (theoretically) has a few years left of prime level production. Aaron Hicks is the Yankees only full time outfielder under contract next year. Estevan Florial is in Triple-A but outside of him the Yankees don’t have any outfielders coming through the system that are going to be ready immediately. Everson Pereira and Jasson Dominguez are progressing but still a few years away.

Given the need to spend trade assets two years in a row on an outfielder, the Yankees might choose to re-up Andrew if they like what they see. Benintendi is the best free agent outfielder on the market this year not named Aaron Judge or Brandon Nimmo so he won’t be short of suitors and therefore he might price himself out of the Yankees budget. It takes two to tango but Benintendi’s profile makes a lot of sense on the Yankees. I wouldn’t be surprised if he is still in the Bronx next year.

3.) I wrote at the time that Benintendi isn’t a guaranteed starter in the playoffs and have since realized that was probably a dumb thing to say. If he is not in the line up every day in October things have really gone wrong. Not impossible given what we just watched with Joey Gallo but I doubt it can go that south. The last spot in the line-up is going to come down to Aaron Hicks, Josh Donaldson, and Matt Carpenter. The hot hand will be in there and the other players will shift positions accordingly.

Right now I think Donaldson is far down in that pecking order. There is just no way the Bombers can realistically give him at-bats in the playoffs, especially against right handers. I’d suspect right now Carpenter is in against RHP and Hicks is in against LHP. Things can change in the next two months but right now JD is on the outside looking in for playoff at-bats.

1.) It’s a good thing the Yankees rallied to win last night otherwise Twitter would’ve been a dumpster fire. Passan dropped the news that Luis Castillo was headed to the Pacific Northwest during the Yankees game against the Royals. A loss to the Royals and a miss on Castillo? Phew. The Yankee-verse would’ve been in bad shape. Here is what the Mariners gave up to land Castillo, who isn’t a free agent until after 2023:

That’s a lot, no doubt about it. But the Mariners haven’t made the playoffs since 2001. They currently hold the 2nd Wild Card spot and want to keep it. Getting the best starter on the market and adding him to a rotation with Robbie Ray and George Kirby will certainly help accomplish that. The only way the Yankees could’ve beaten that package would’ve been to give up Anthony Volpe and that was never going to happen. Even if they packaged their #2, #3, and #4 prospects I still think the Reds take the Mariners offer. They were going to take the package that got them the best player and that was Noelvi Marte.

There have been times the Yankees have missed on players for being too nit picky with secondary pieces or money. That was not the case in this situation. The Mariners made an awesome offer and got the player. Short of Volpe the Yankees couldn’t change the outcome here. Castillo was the Yankees top target and would’ve been a perfect fit as the #2 starter behind Gerrit Cole in the playoffs. They got “close” but it wasn’t enough. Now the Yankees are forced to look elsewhere.

2.) So where do the Yankees turn now? Multiple sources say Athletics right hander Frankie Montas is their top target with Castillo off the board. Montas is 29 years old and like Castillo has another year of team control after this year. You can search the internet and find a million trade deadline profiles of Montas so I won’t spend too much time here. Montas missed two starts after exiting his July 3rd start with shoulder inflammation but his velocity has bounced back in his two games since coming back:

Not ideal to get a guy who is a couple weeks removed from a shoulder scare but Montas is the best starter available at this point. Similar to the Castillo talks, Volpe will be off the table. The package would start around Oswald Peraza and go from there. I’d say this will come down to who offers the best prospect but the A’s have proven time and time again they will make trades that are perplexing from an outsiders perspective. It feels they evaluate talent a bit different than the mainstream. The Yankees will not be alone in this pursuit. The Cardinals are reportedly heavily involved and other contenders are certain to be in the mix as well. Montas is a step below Castillo but would be a great addition to the Yankees rotation. Time will tell if the teams can match up.

3.) Short of Montas some other names that have been speculated, but not confirmed to be available, have been the Marlins Pablo López and the Giants Carlos Rodón. López has two additional years of control after 2022 and has a 3.03 ERA (3.63 FIP) across 116 innings this year. Rodón has a 3.18 ERA (2.41 FIP) across 116 innings and has an opt-out in his contract after this season that he will most definitely exercise.

Personally I like both of these guys as targets more than Montas if they’re available. Short of a deal tonight I will dive into a potential López trade tomorrow. The Marlins have a lot of pieces that make sense for the Yankees. They can potentially address all their needs in one swoop if they match up.  As a 26 year old with two more seasons of control, López would be a long term play.

Rodón feels more realistic if the Giants sell. They sit four games out of a Wild Card spot and have been slumping the hard last few weeks. Given his pending opt-out the Giants can cash out for some assets now and try to bring him back in free agency if they really like him that much. The only thing that scares me with Carlos is his career long bout with injuries. There is no guarantee he will be available in October, even if he has shown to be more durable the last two years. You’re taking a risk getting him now and hoping he’s on the mound in October. Outside of that, the lack of long term commitment feels right up the Yankees alley.

There is no indication either of these guys are available before Tuesday, but seeing either randomly pop up in a Jeff Passan tweet wouldn’t be the biggest shocker.

4.) Secondary options that have been rumored are the Pirates José Quintana and the Angels Noah Syndergaard. Once upon a time Quintana was in the Yankees system before leaving as a minor league free agent and becoming a legit middle of the rotation starter for the White Sox. His career has kind of tailed off since he left the South Side but he has experienced a bit of a resurgence in Pittsburgh this year, posting a 3.50 ERA (3.24 FIP) in 103 innings. His sudden drop to 0.61 HR/9 is in line with his best years in Chicago and not his last few years, so a regression might be coming.

This isn’t the first time Syndergaard has been connected to the Yankees. There were some rumblings back in 2018 of the Mets and Yankees lining up for a deal that would’ve brought him to the Bronx. Thor is not the pitcher he was early in his career. His fastball average of 94.5 MPH this year is about 5 MPH off its 98.9 average in his career best 2016 season. Syndergaard has a 3.83 ERA (3.96 FIP) in Anaheim this year and will be a free agent at seasons end. He’d essentially be another Jameson Taillon for the Yankees. He’s not an ace anymore but is still a good back of the rotation arm.

The Yankees have acquired the likes of Andrew Heaney and Jaime García over the years as depth arms for the rotation. I think Quintana and Syndergaard are more along the lines of that then the main piece the Yankees are targeting. Bringing in either of these guys as a sixth starter for the last two months while they keep their main guys fresh is fine. Either would be an upgrade over Domingo German. As a primary pitching acquisition though, these two would be underwhelming returns for a team targeting a championship.