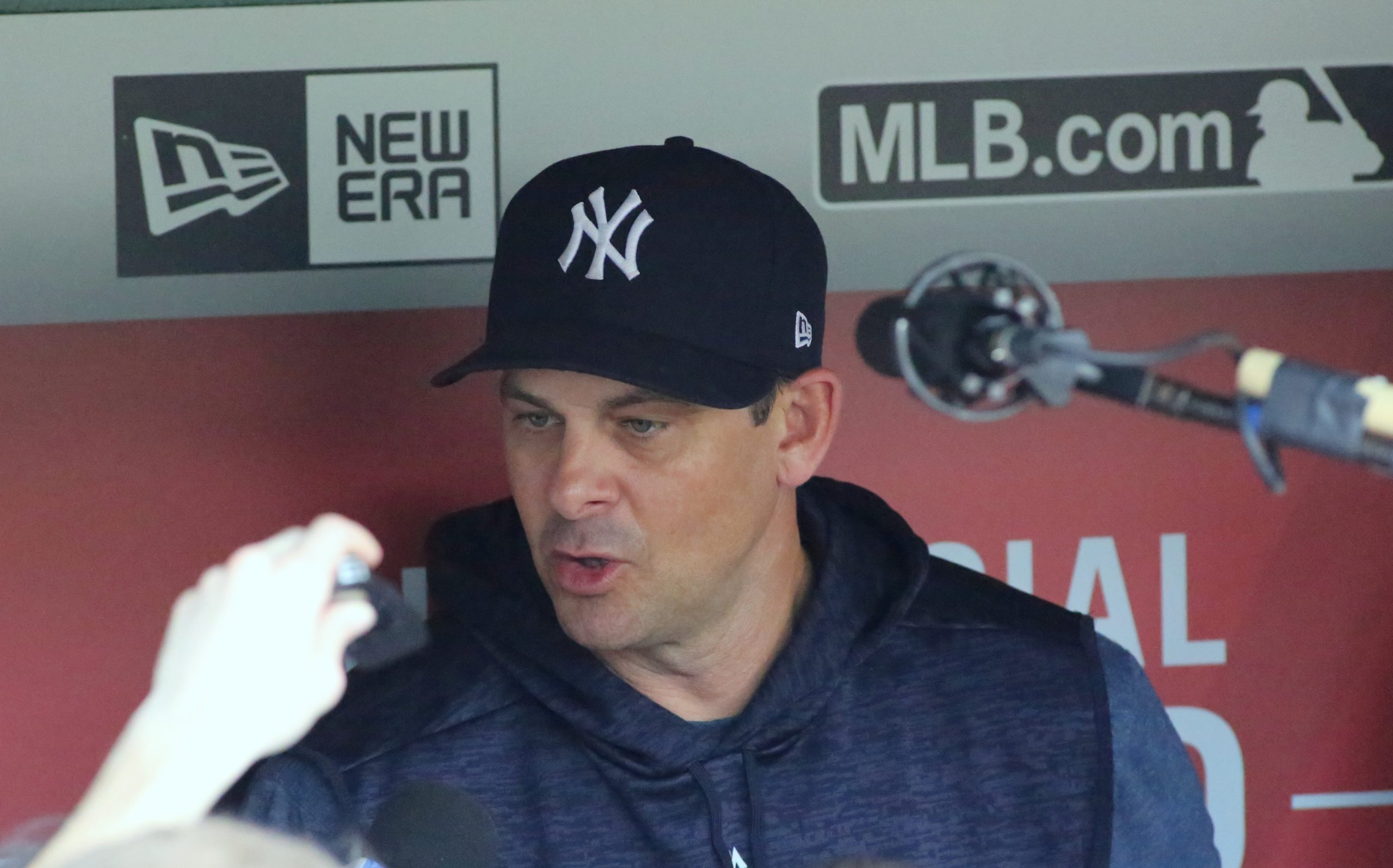 It was an unfortunate weekend for the Yankees in St. Louis, as they dropped three straight winnable games on the way to stomach ache inducing sweep. While there isn’t much to worry about in the near term, the Yankees have a 9.5 game lead for first in the American League East, are we worrying too much about the long term? I’ll share some immediate thoughts below.

This Was Going to Happen Eventually

If you were one of those people comparing this team to the 1998 squad in June and are now declaring this baseball team dead, I suggest you change your sports interest. Baseball is an unforgiving game, and the Yankees have hit their ‘tailspin’ at one of the most unfortunate times. They have a 4-7 record in their last eleven one-run games and have lost five straight games DIRECTLY after making a handful of trade deadline moves. Moves, of course, that should improve the team.

But let’s add a human element here. Jordan Montgomery had a lot of friends in that Yankee locker room, that loss has a near-term negative effect (probably). The Yankees fought hard in last Tuesday’s loss to the Mariners after being down early, only to come up short and then have their ace get blown up the next morning. Then they immediately get on a plane to St. Louis with a look ahead trip to Seattle and then back East to Boston. Throw in the fact that the Yankees have been without Giancarlo Stanton, Anthony Rizzo and Luis Severino and you get peak dog days activity. It’s the dog days, and they are indeed barking. But that’s baseball.

Albert Abreu Is Not an Everyday Reliever

This is an obvious statement, but the fact that a pitcher that this organization practically gave up on is pitching as much as he has is not concerning, but annoying. I don’t want to the camera to pan to Albert Abreu in the bullpen as much as it has. Less of that please. You don’t just want to DFA players left and right. Not saying he should be DFA’d. I just want to see him less on my TV screen.

This Team is Fine, and Oswald Peraza Isn’t a Magical Fix

If the trade deadline shouted anything at us, it’s that the Yankees only care about October at this point. As fans, that might be annoying, we tap in every single day to watch the Yankees win. When they don’t win once in five games, we get very annoyed. It’s easy to let that spiral into thoughts of “this team is cooked.” They look bad right now, but at full health this is one of the best teams in baseball.

I don’t want to beat the Peraza thing into the ground too much. But at this point we have people saying a way to fix this team is to call up Oswald Peraza. That’s a lot of pressure to put on a kid with a very raw approach. He is just now starting to figure it out on the MINOR league level. He’s been a good Triple-A hitter for literally two months, relax and let him develop.