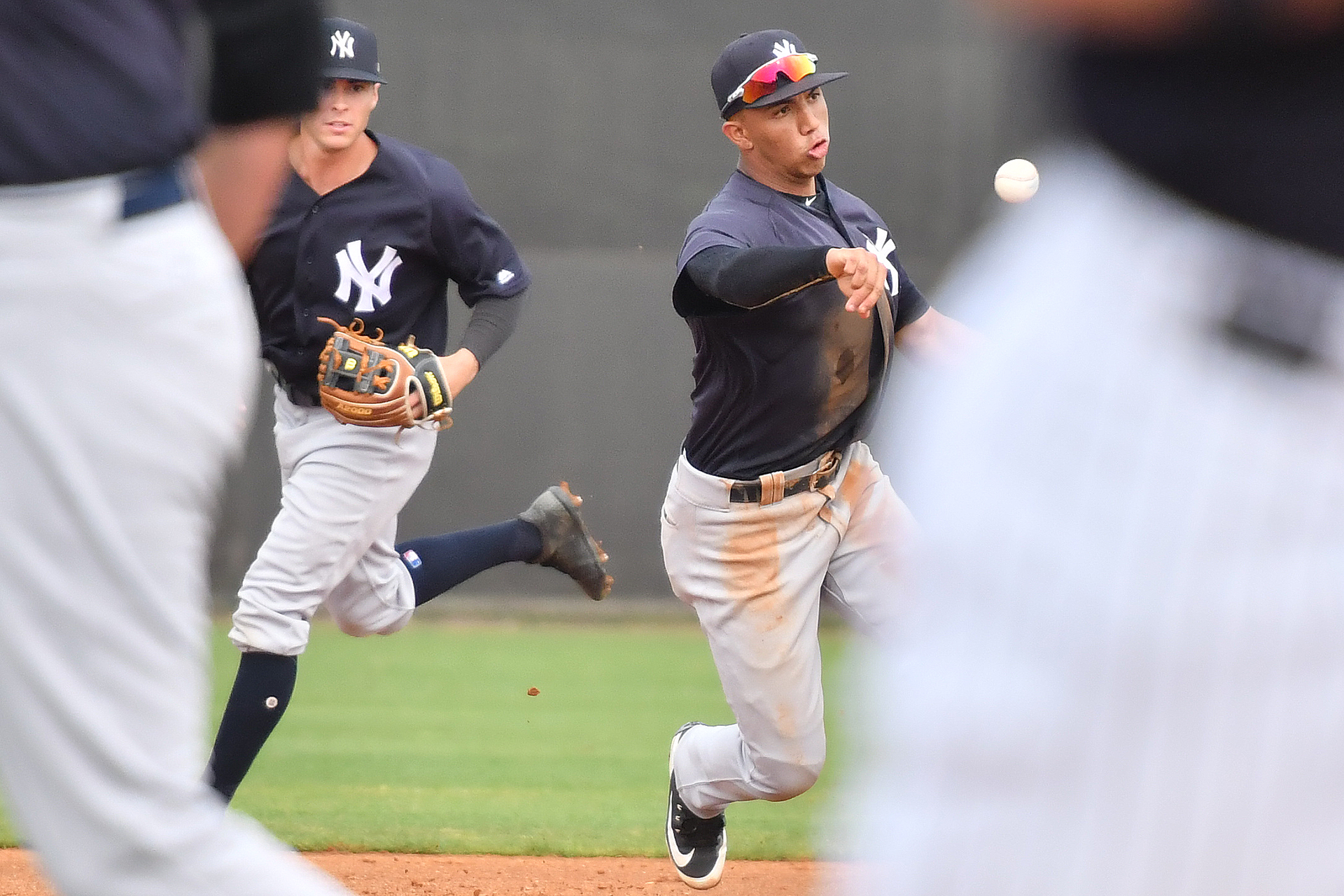 Bring up Oswald Peraza or leave him in Scranton? The calls for the star shortstop prospect have been grown louder the last few weeks. With every IKF strikeout or weak groundout, one more Yankee fan demands Peraza in pinstripes.

And why shouldn’t they want to see a member of the Holy Trinity of Yankees shortstop prospects? Peraza, Somerset’s Anthony Volpe and Trey Sweeney of Hudson Valley are all jockeying to be the next great Yankees shortstop.

Right now, Peraza is closer, only by level of competition. And he’s knocking loudly on Yankee Stadium’s doors. Through 97 games with the Railriders, Peraza is slashing .257/.325/.441, with 18 homers and 49 RBI. He’s committed just nine errors at short for a .970 fielding percentage.

Conversely, IKF is slashing .262/.310/.315 with that lone, majestic home run against Boston. IKF has also committed 11 errors in 114 games. Not spectacular compared to what Yankees fans have witnessed for 20 years of Derek Jeter and another fun stretch by Didi Gregorious.

Now how would that work? First of all, Peraza is on the 40 man roster. Meaning he could be called up and the team would not have to cut any players to make room. However, MLB rosters are limited, so someone would have to go in order for him to be on the big league roster. My guess would be seldom used Marwin Gonzalez. He gets barely any playing time as it is. He’s taking up a useful roster spot. So long, Marwin.

Oswaldo Cabrera has shown rookies can play in the Bronx. The last every-day player to start as a rookie was Aaron Judge. IKF isn’t playing his way out of the job in the field, but he’s not inspiring any confidence when he steps to the plate.

Peraza should get a call up before the season ends and stays a step ahead of Volpe, who will be the more highly rated prospect in Spring Training 2023. It’s going to be fun to watch how this all plays out, but I know I want to see Peraza in pinstripes before season’s end.