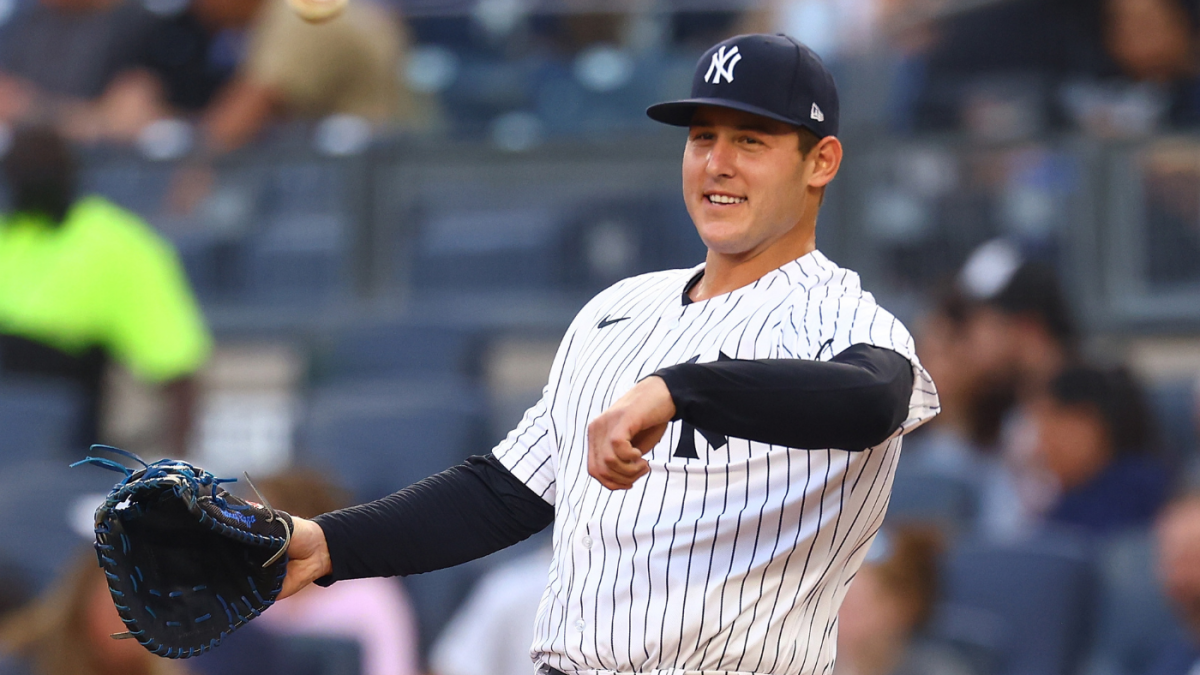 This article has been updated on October 3rd, 2022 to reflect changes in the roster

Just a few days ago, on September 9th, the Yankees had just lost the first game of a three-game set to the Tampa Bay Rays. The AL East lead fell to 3.5 games, and it felt like the walls were closing in on a team primed for free fall.

In just three days since, the Yankees have put much of that to bed. They would go on to sweep the last two games against Tampa, and just beat the Red Sox on Tuesday night for their third win in a row. All of a sudden, the Yankees’ AL East lead has ballooned back to six games over the Toronto Blue Jays, and 6.5 over the Rays.

With that, it seems we’re in a comfortable spot to start really breaking down the Yankees’ potential Playoff roster for the ALDS (no jinx). We will be talking about this on the NYY Takes Podcast next week, but why not get a head start?

Who Are the Yankees Going to Play in the ALDS?

Before we can talk roster, it’s worth wondering who the Yankees are most likely to play. If the season ended today, the Toronto Blue Jays and Seattle Mariners would face off in the Wild Card Round, while the Rays would meet the Guardians in Cleveland. Much of that could change, as the difference between Toronto, Tampa and Seattle is a half-game.

But what should Yankees’ fans be rooting for? I’d argue the best outcome for the Yankees is Seattle finishing third in the Wild Card so they play the Guardians. That would be the 3 vs. 6 match-up, the winner of which would play the Yankees in the ALDS.

The Yankees would likely fare better against one of the Guardians or the Mariners than one of the Blue Jays or Rays. Also, we want the Astros to potentially lose in the ALDS, and Tampa or Toronto are more capable of beating the Astros than the Mariners. In some ways, the Yankees NOT being the first seed in the American League could be a blessing.

This is where the fun part starts. The Yankees will likely fill their 26-man Playoff roster with 13 pitchers and 13 position players for the ALDS. I’ve broken down what I think it’ll look like below.

Let’s walk through this position by position, because there is a lot to unpack. There’s actually no awesome way to predict this. The Yankees have so many injuries.

The catching position is set in stone, that’ll be Trevino and Higashioka. If one of them gets hurt, Rortvedt steps in.

The infield is potentially a mess. If everyone is healthy, it’ll look like what I’ve put above, maybe with the exception of Gleyber in at second over DJ. You could even go Gleyber at 2nd, LeMahieu at third and Donaldson to the bench. In the roster above, I have Gleyber on the bench more so as a formality, you can be interchangeable with him.

But if Rizzo and LeMahieu are still unable to go, that’s the disaster scenario. I’m not even so sure what the Yankees would do in that situation. Would they dare start Marwin Gonzales at first base in the Postseason? You’d also run into Oswald Peraza being on the roster potentially should DJ and Rizzo not be healthy.

The outfield is also tricky. Assuming health with the outfield it will be Benintendi, Bader, Judge. But let’s assume Benintendi is out, that probably means you have to put Hicks in Left. Andujar, Florial and Locastro likely will not make the playoff roster over him. Unless the Yankees decided to go scorched earth and DFA Hicks, but that’s unlikely.

If Bader is out, you can go Benintendi, Judge and then make a tough decision in right field. Do you trust Giancarlo Stanton out there in a playoff series? Or Matt Carpenter? A Bader injury also probably lands Cabrera on the Playoff Roster, so he could play right field as well.

Tyler Wade might be on the roster if this team is fully healthy, maybe even if it’s not. There are enough DFA candidates (Miguel Castro, Ryan Weber, Tim Locastro etc). Wade is a very good pinch-running option and can play infield and outfield positions. He can’t hit much, but that will not be his primary use. You can make the argument to keep Locastro over Wade, but I vote Wade. You just get more out of him as a bench piece than with Locastro.

Since writing this article, Oswaldo Cabrera has all but solidified a spot on the playoff roster. I would like to formally apologize to Oswaldo and put on my dunce cap for having Tyler Wade in over him.

Then there’s the pitchers. Right now, the starters are set. Cole, Montas, Severino, Nestor, Taillon all make the roster. Taillon goes to the bullpen and you use him in an extra-inning scenario or any situation where innings need to be eaten. There will be back-to-backs in the ALDS this year. (see Nathan Eovaldi in 2018).

The bullpen has loads of question marks. The guarantees are Holmes, Peralta, Loaisiga, Effross, Trivino. If we stop there, that’s a solid ten that leaves three spots open. Remaining options are Ron Marinaccio, Zack Britton and then one of Luetge/Chapman. Tough decisions will have to be made on that front. How many lefties do you want to carry? Are you ready to put Marinaccio into a playoff game? In my scenario, I have Chapman over Luetge.

Who Gets Designated For Assignment?

There are some interesting DFA candidates. In the roster I’ve laid out, I would need to add Luis Severino, Zack Britton, Tyler Wade and Harrison Bader to the 40-man Roster.  Ryan Weber will be the first to go. From there, the Yankees can decide to DFA Tim Locastro, Marwin Gonzalez, Miguel Castro, or even Miguel Andujar. I think Marwin is inevitably going to be DFA’d, assuming he isn’t needed for health.

If you wanted to, you could keep Locastro on the roster and use him as the pinch runner and not add Wade. Or, if you think Miguel Castro doesn’t make the Playoff Roster, just DFA him as well. Andujar is the least favorable of all of those names to DFA.

Edited: Locastro stays, Marwin might somehow stick around but it’s doubtful. If Benintendi is hurt, maybe Marwin sneaks onto the roster over Hicks. Andujar has been DFA’d and was scooped up by the Pittsburgh Pirates.

There’s no guarantees with the Yankees’ health right now. The question marks are endless: LeMahieu, Rizzo, Britton, Carpenter, Chapman, Benintendi, Bader and even Stanton. If somehow all of those players are good to go, I think the playoff roster is pretty easy to construct. Once you start dealing with injuries, it gets a bit messier. For now, we can wait and see how the season unfolds injuries wise, and make clearer projections on the roster come October 4th.

Edited: What an absolute mess. The bullpen is as thin as it gets and the playoff schedule is pure craziness. There are ZERO off days between games 3, 4 and 5 of the ALDS. That can include flying cross country between games 4 and 5 with no day off. Just nuts, will be fascinating to see if this bullpen can hold up.