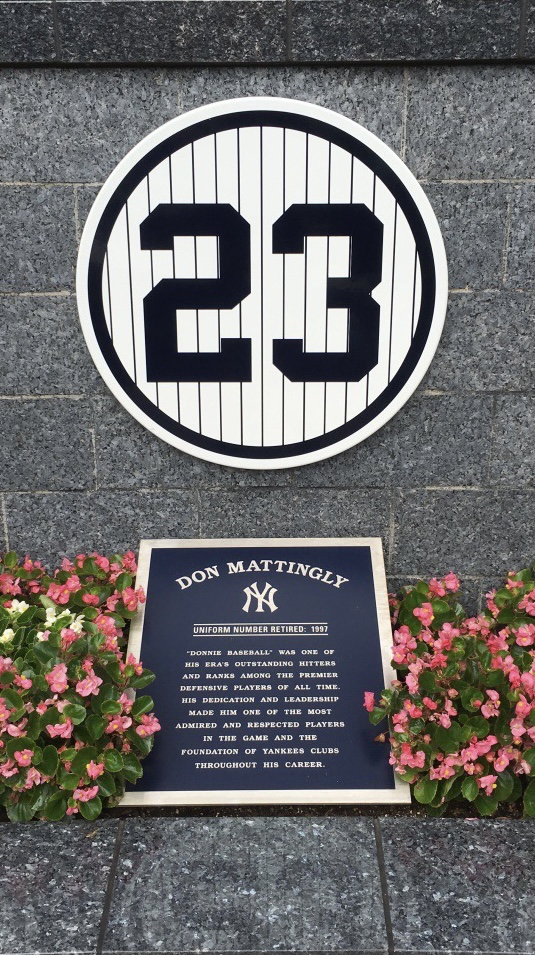 There are players in the Baseball Hall of Fame that don’t belong. There are players on the outside waiting too long for the congratulatory phone call. New York Yankees legend Don Mattingly still waits for the phone to ring. He’s waited long enough. It’s time to honor Donnie Baseball with enshrinement in Cooperstown’s hallowed hallways.

Mattingly captained the Yankees through some dark periods. He endured George Steinbrenner’s ludicrous barbs about his sideburns. Those legendary burns received their own punchline in the most legendary Simpson’s episode ever.

Now Don Mattingly is my all time favorite player. So this writing isn’t going to be close to objective as I’ve long campaigned for Donnie Baseball to receive his due.

Mattingly’s career spanned 13 Bronx summers. His single trip to the postseason was nothing short of electric. He blasted a homer that brought the Yankee Stadium crowd to its feet and ushered in a new dynasty in the 1995 playoffs. Sadly, Mattingly would not captain that dynasty as the pull of family and not a bad back drove him from the game. Fate is cruel sometimes.

The baseball writers had more than a decade to elect Mattingly. They didn’t. The veterans committee sent Harold Baines to Cooperstown for some reason. This year feels a little too Braves-centric with Chipper Jones and Greg Maddux on the committee. Fred McGriff feels like a lock, As he should. But so should Mattingly.

Mattingly once told a young prospect named Derek Jeter to always run, even during lazy spring training days, because you never know who was watching. Well, a generation of fans like myself watched. We learned the game the right way watching No. 23 play first base for the Yankees.

My name is Les Williams and I fully support Don Mattingly’s enshrinement in the Baseball Hall of Fame and you can bet I’ll be there should he have a long overdue speech to give.